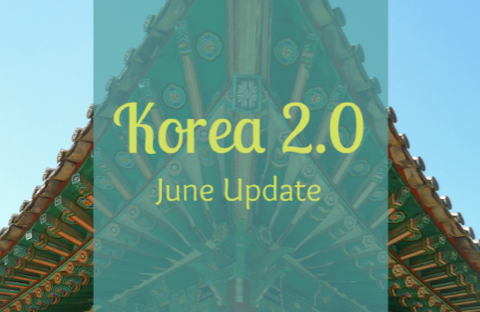 So, our June Update is going to be a quick one. I’m a few weeks behind and for quite a valid reason. Things heated up quickly in June. I mentioned that I was job hunting in last months update, but in reality, I was actually already busy interviewing and crossing all fingers and thumbs and legs and arms or whatever else could be crossed. I was so hesitant to mention anything and didn’t want to jinx it. Anyway, all is well that ends well. But let’s start at the beginning (of the month).

Mark had a touch rugby tournament in Busan, his second one since being back in Korea. Thank goodness it was more local. I went along to watch and spent a glorious day in the sunshine, and got to watch them take home to trophy again! 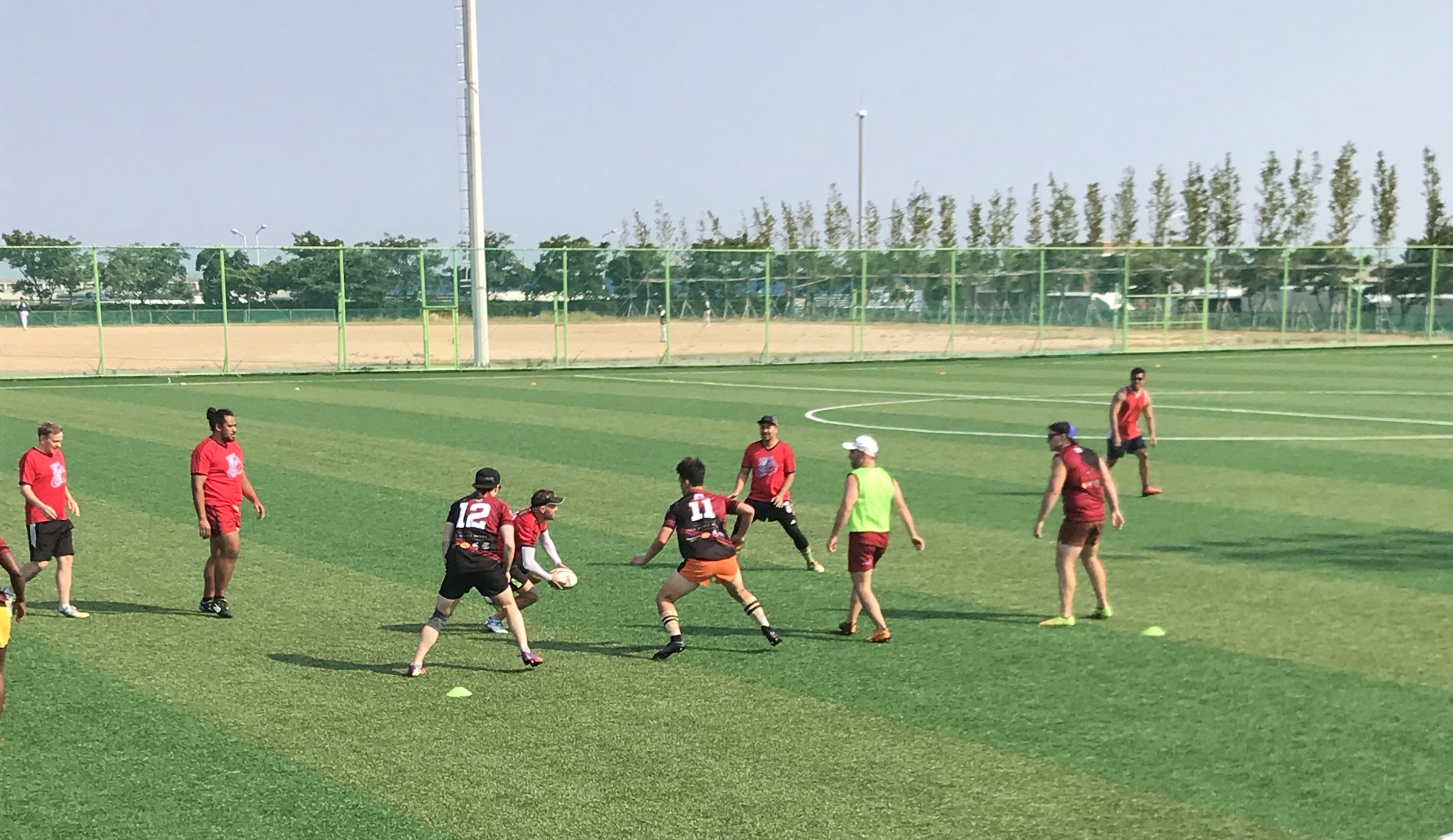 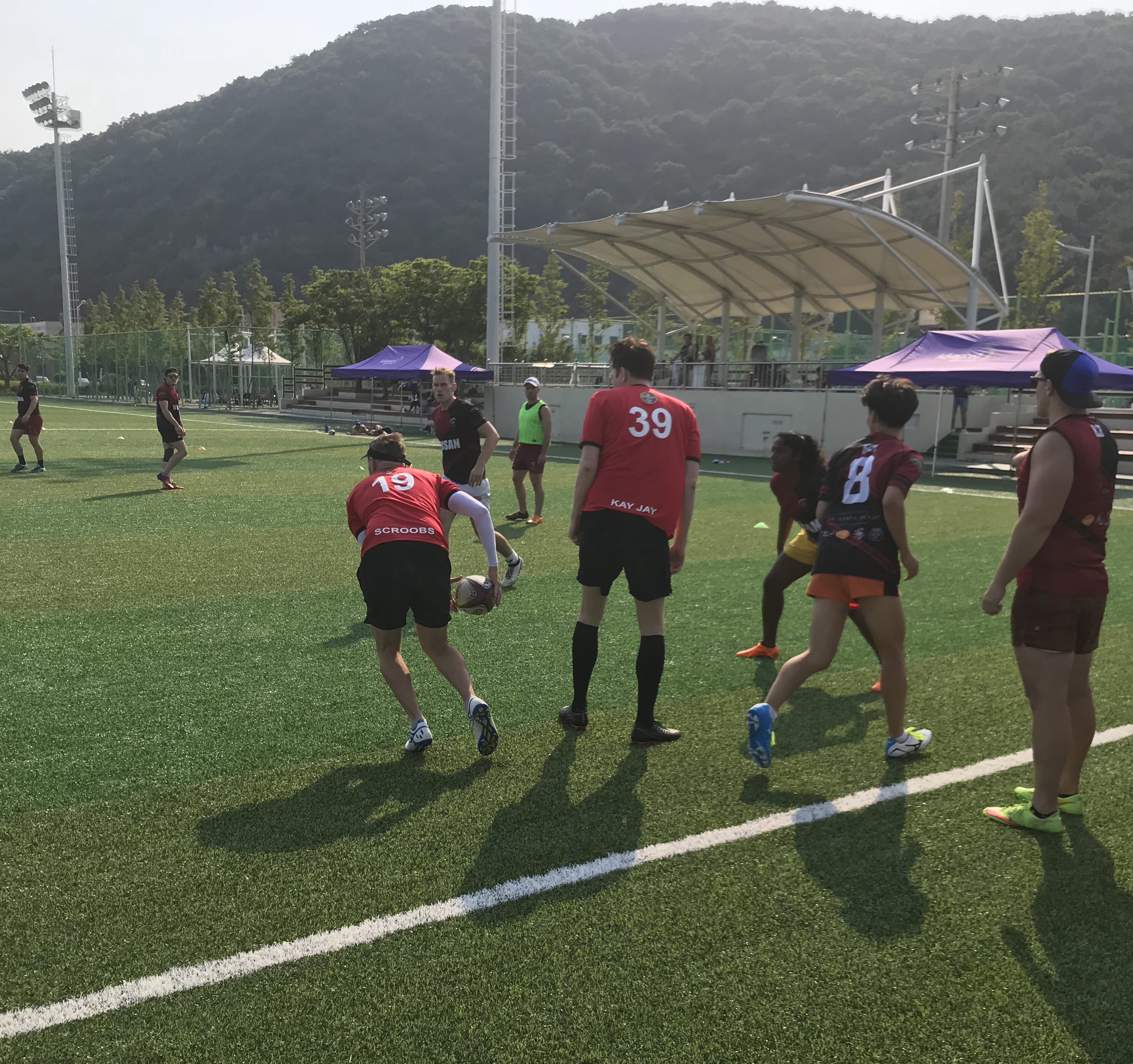 Then, as thanks for supporting him all day, Mark went away that night on a fishing trip and left me alone haha. (Jokes it’s fine I don’t mind). I got to spend a lovely day with my Bianca having brunch that turned into lunch. We perused the balcony at a gorgeous coffee shop for well over 4 hours! We then spent some time grocery shopping at two different stores! Bliss! 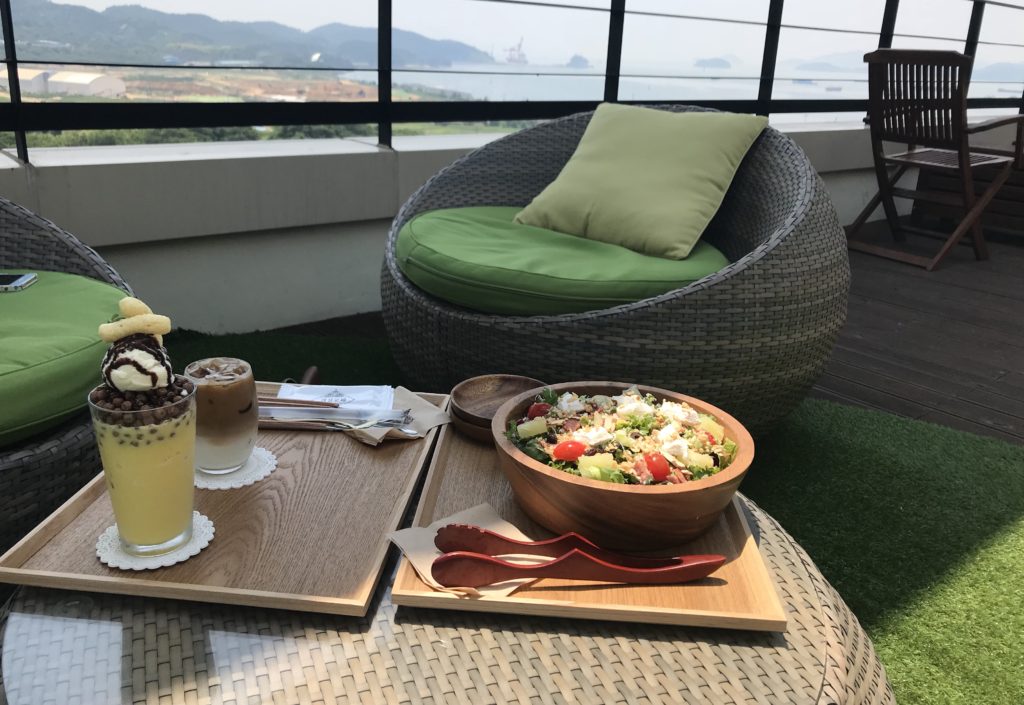 Hyun Ju, Ha Yeon and I took a trip to Ulsan. The beginning of summer find all sorts of flower festivals popping up everywhere and it’s really just a great time to be outdoors. It was about a two-hour drive but it was fine for a day trip. We went to Daewangam Park for a walk first. It is a smallish nature reserve on the seaside, so think rock paths and coastline walkways. It was pretty nice. 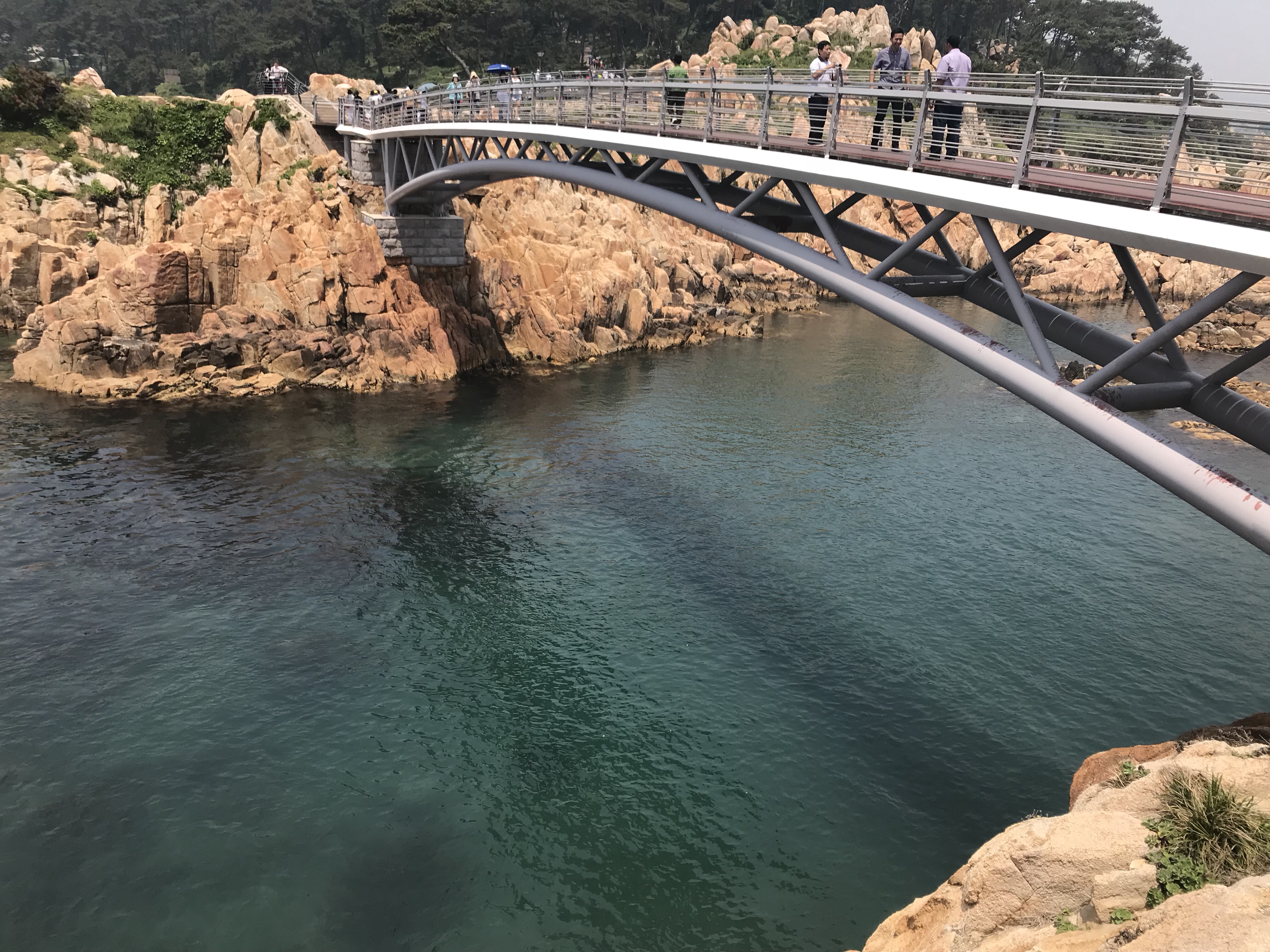 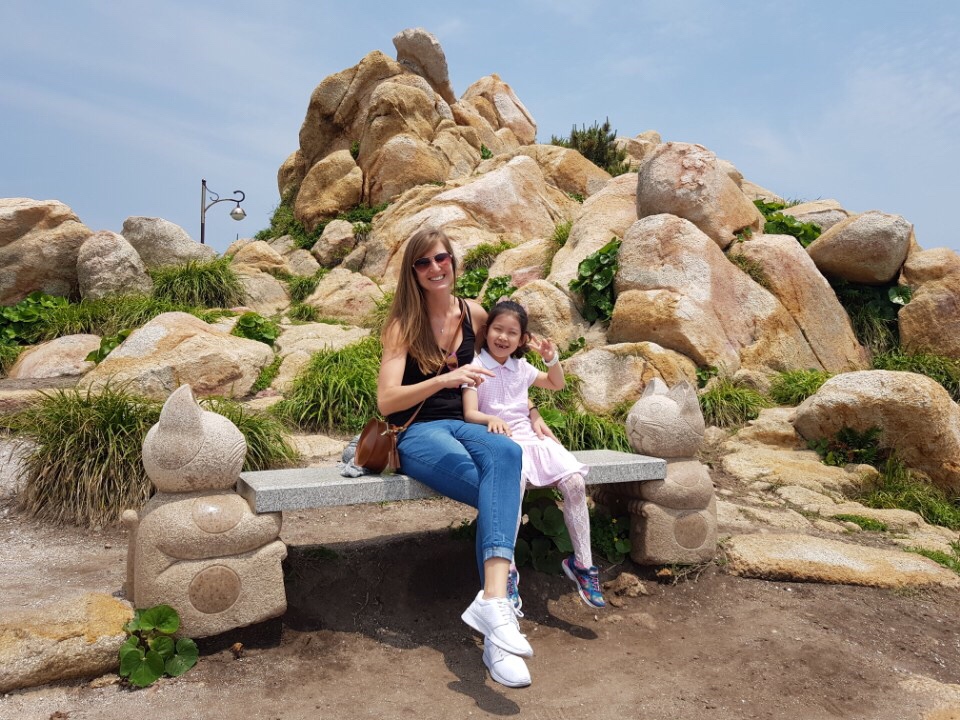 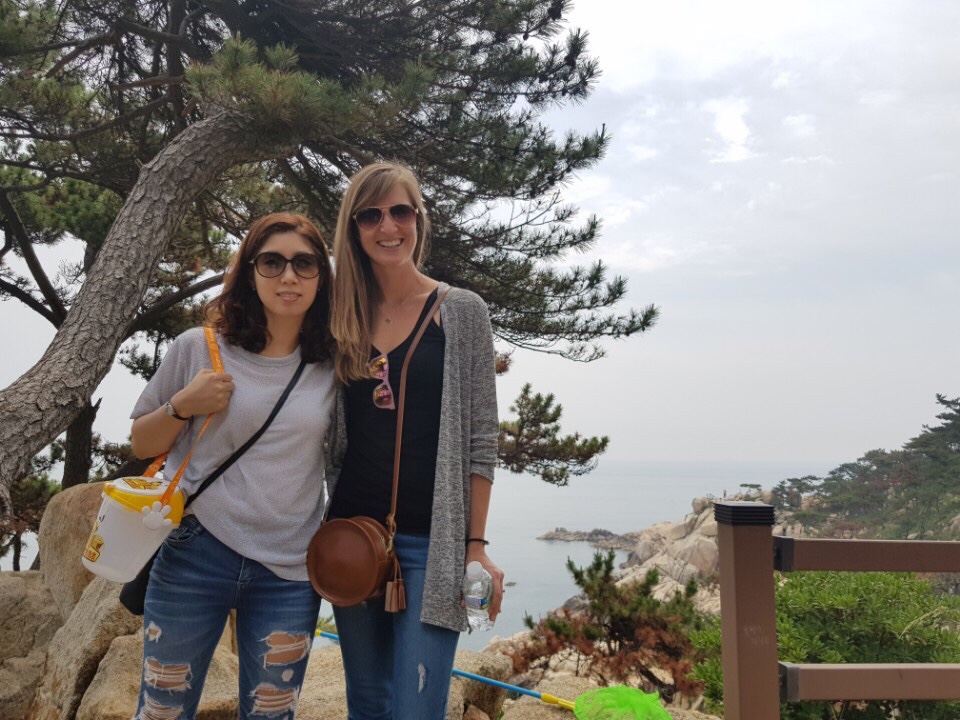 Then we went to the site of a flower festival that had happened the previous week and just had a stroll, took photos, rented a bicycle car thing and had fun. 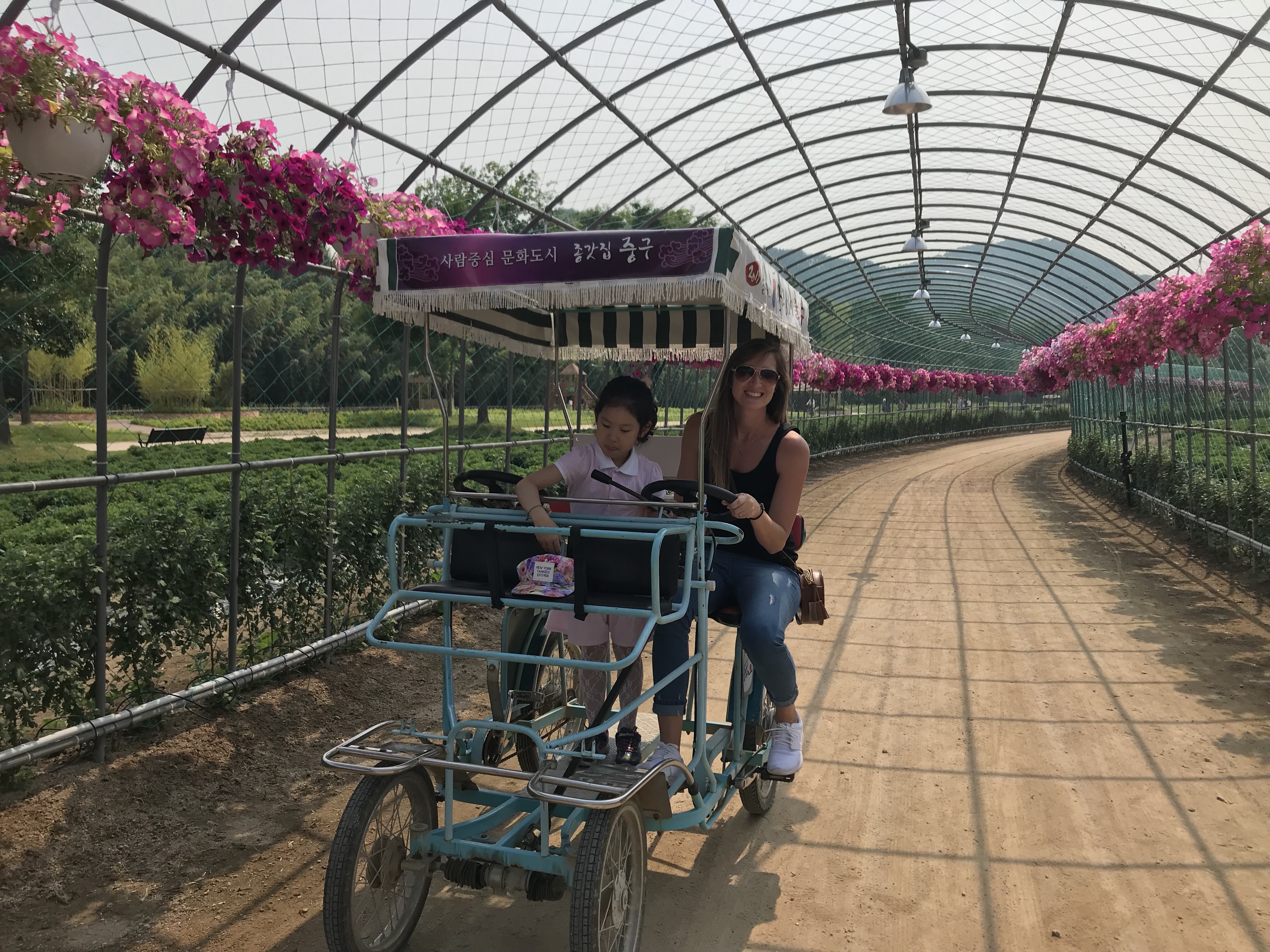 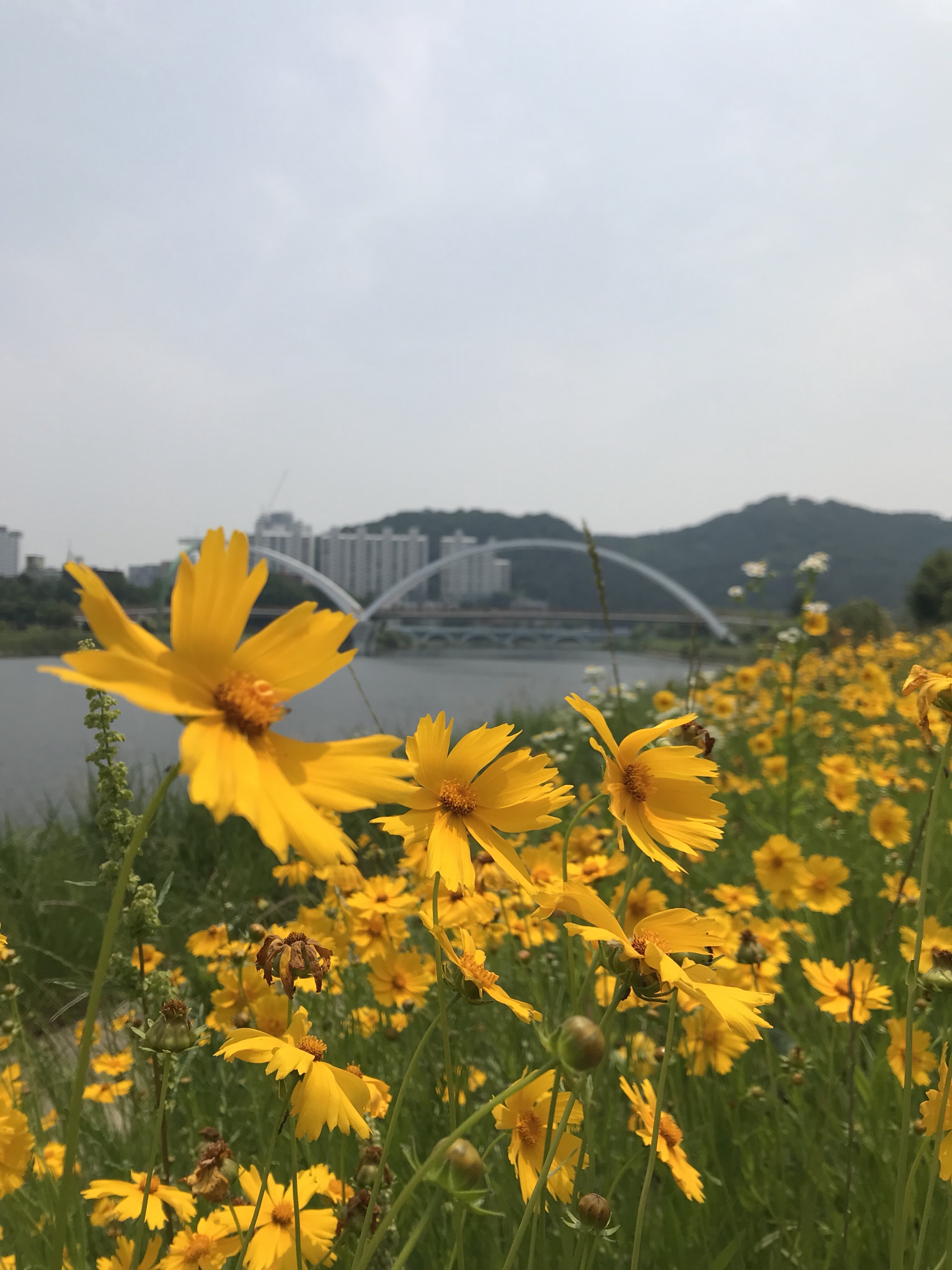 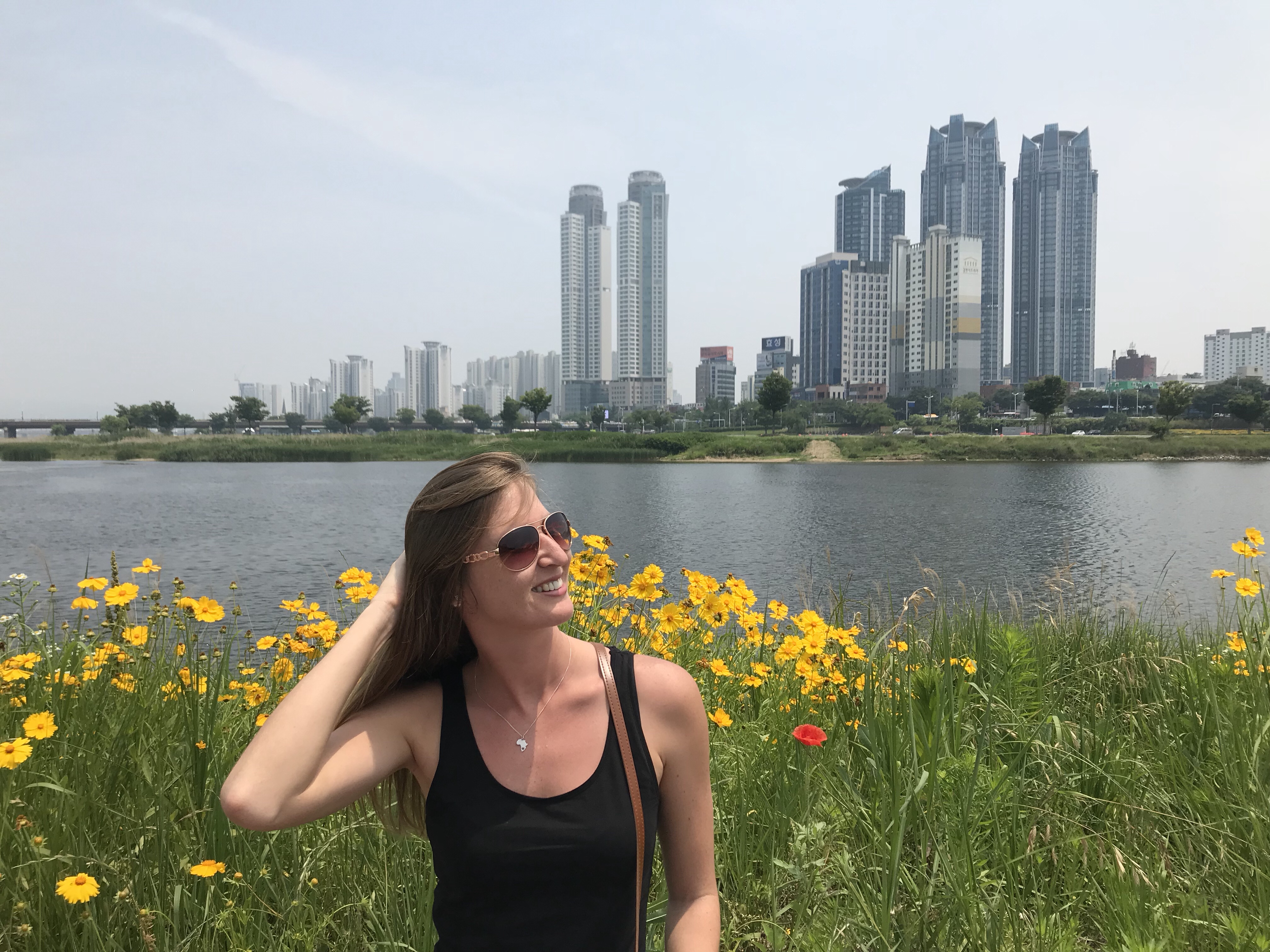 We had a pit stop at a coffee shop midway, feeling a bit tired from the heat.

And then began our trip home, with a stop for dinner and an ice cream. 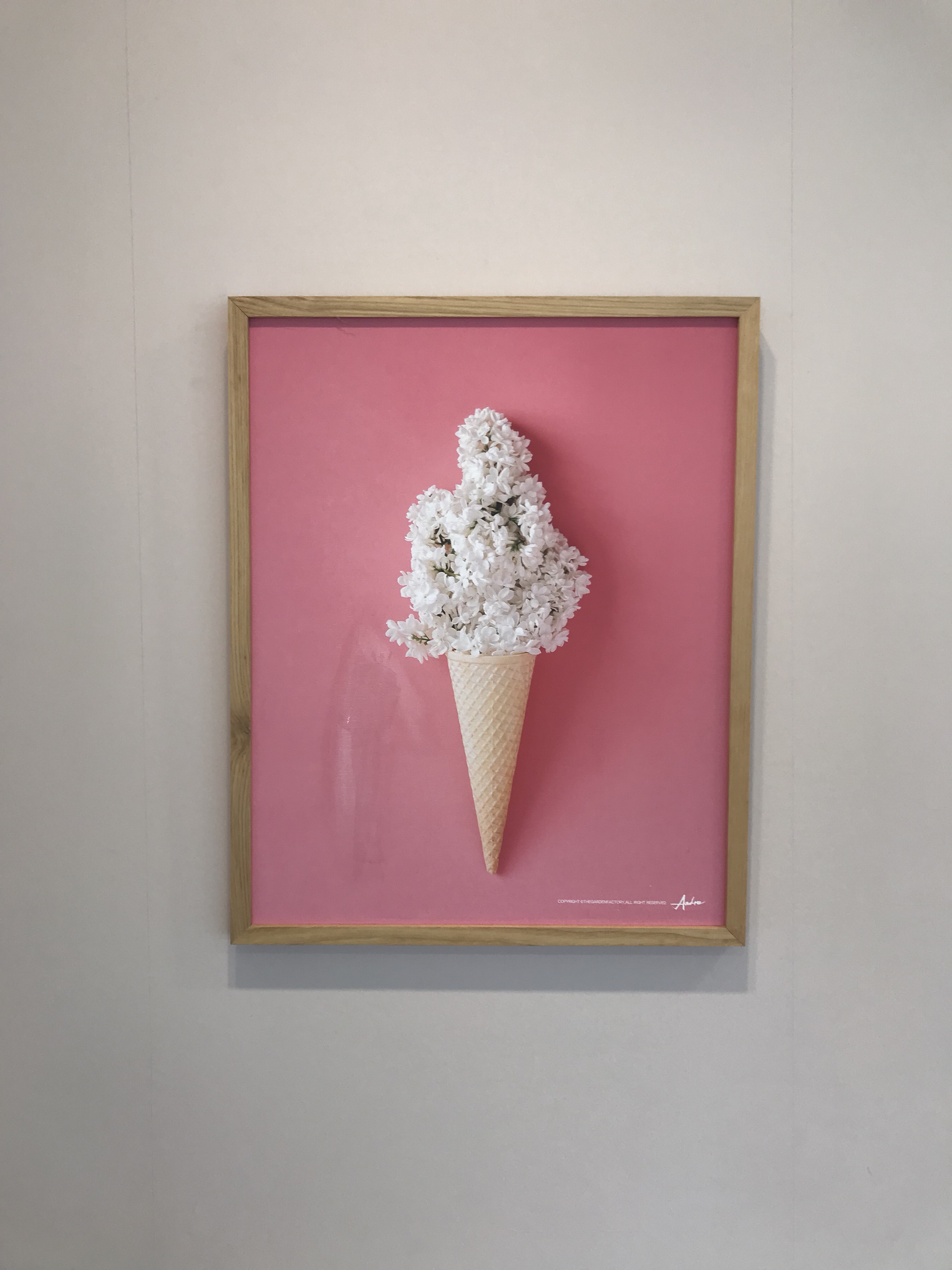 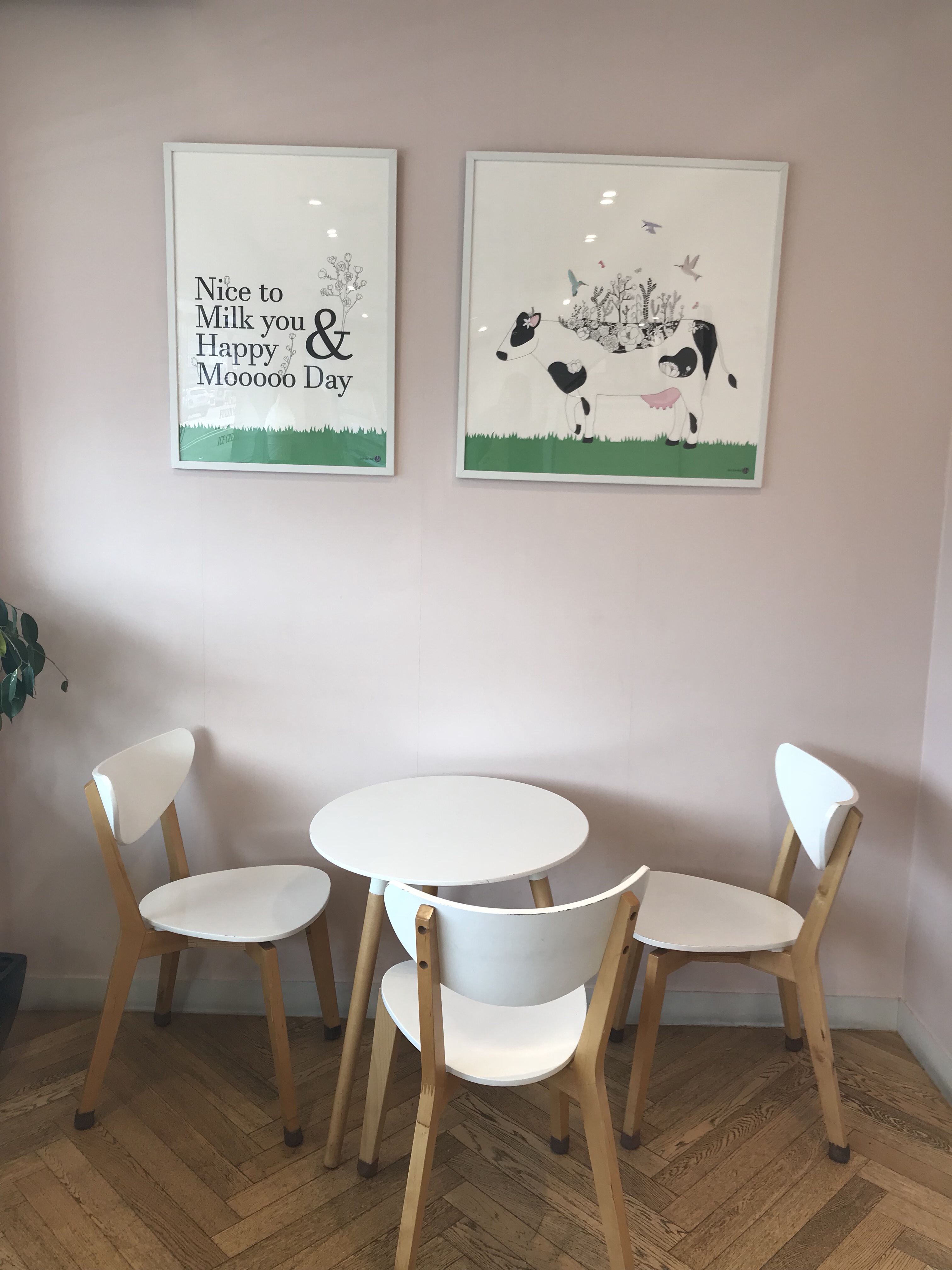 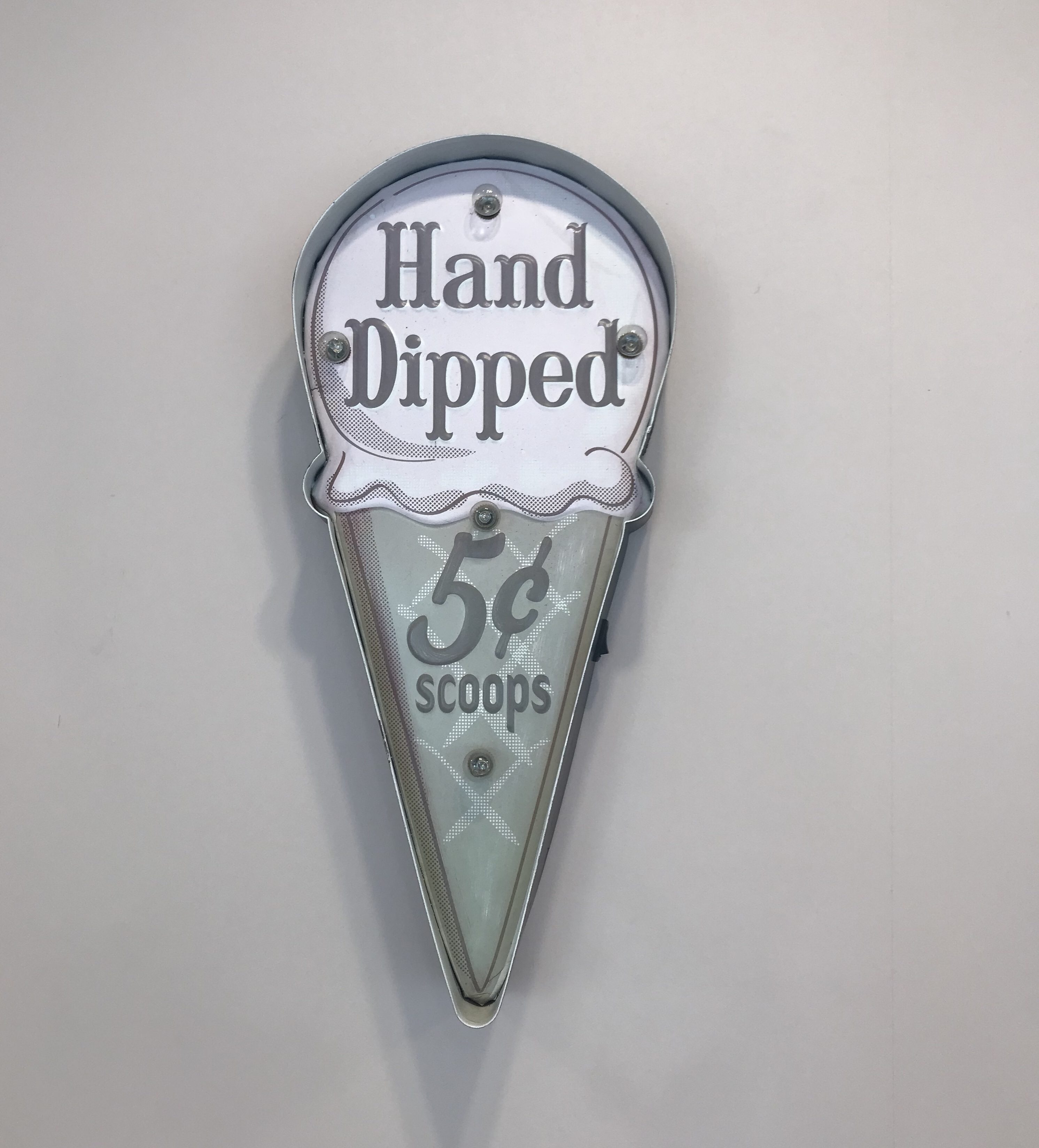 In June I managed to win our monthly competition in my yoga class (I’m pretty sure it’s just because I am the tallest person and required zero skill). So I won an ice cream cake and shared it with our friends. 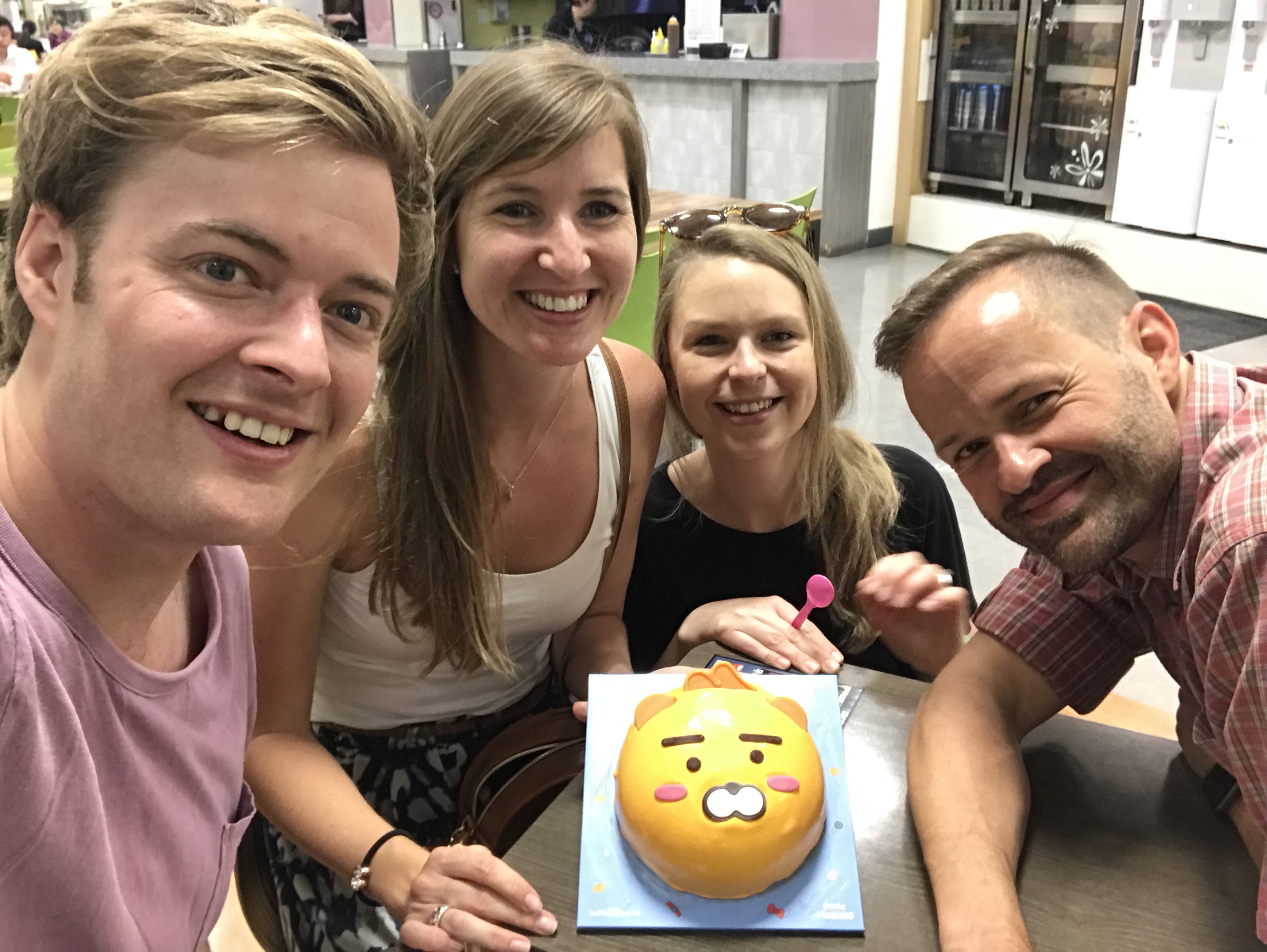 One weekend we did an awesome hike. We parked at a temple in Changwon and hiked up to a pretty big and popular peak with ed and bee. To avoid doing the same route down we hiked along the ridge to another peak and tried to find another way down. It was nice. But we ended up crossing bridges, during ropes to scale rock faces and literally sliding down muddy, almost 90° hills. Also, we ended up in Jinhae after 10kms (in 6 hours) of hiking and took a taxi back to our cars in Jinhae. It was such a fun, adventurous and spontaneous day. Loved it. 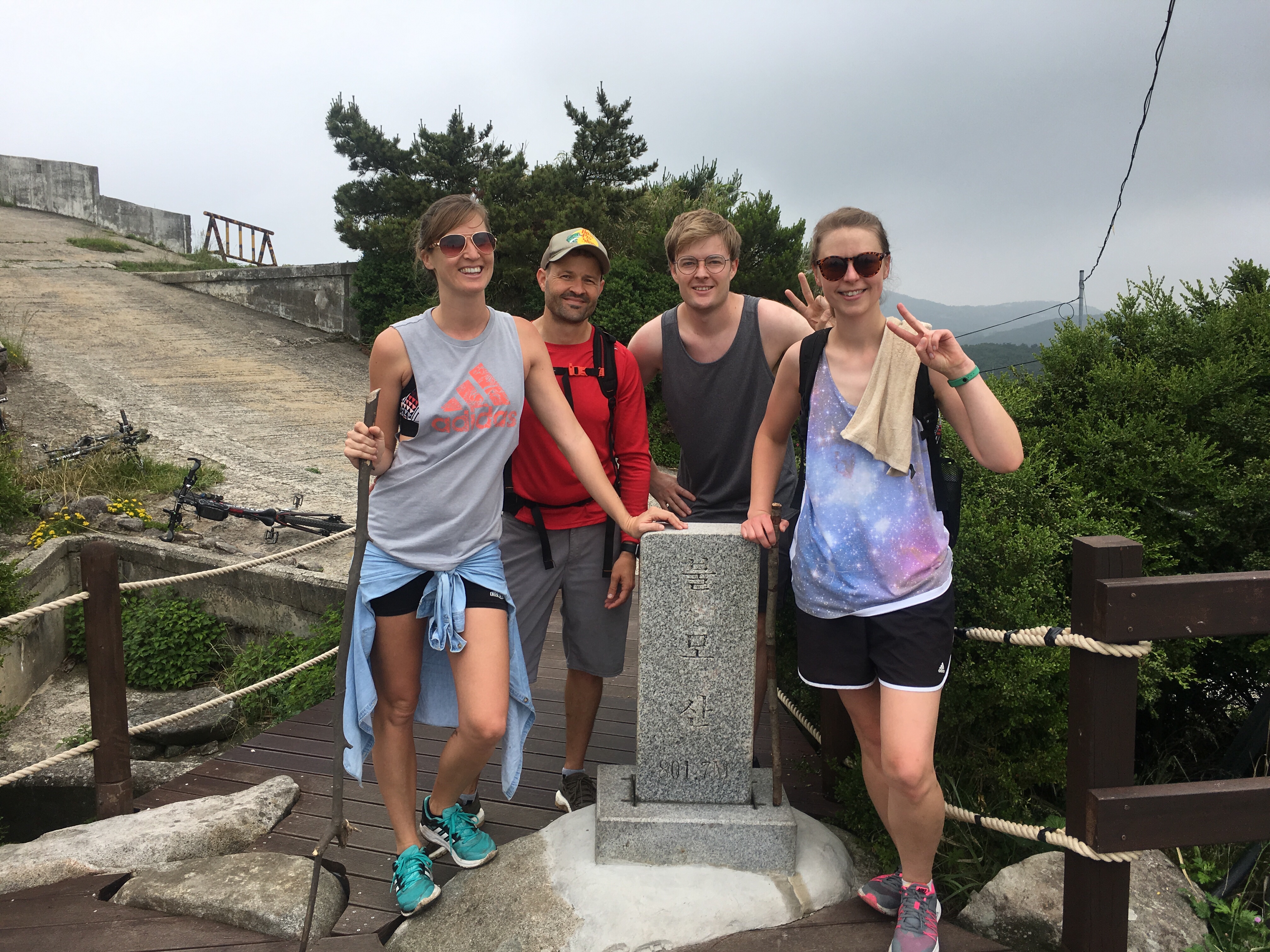 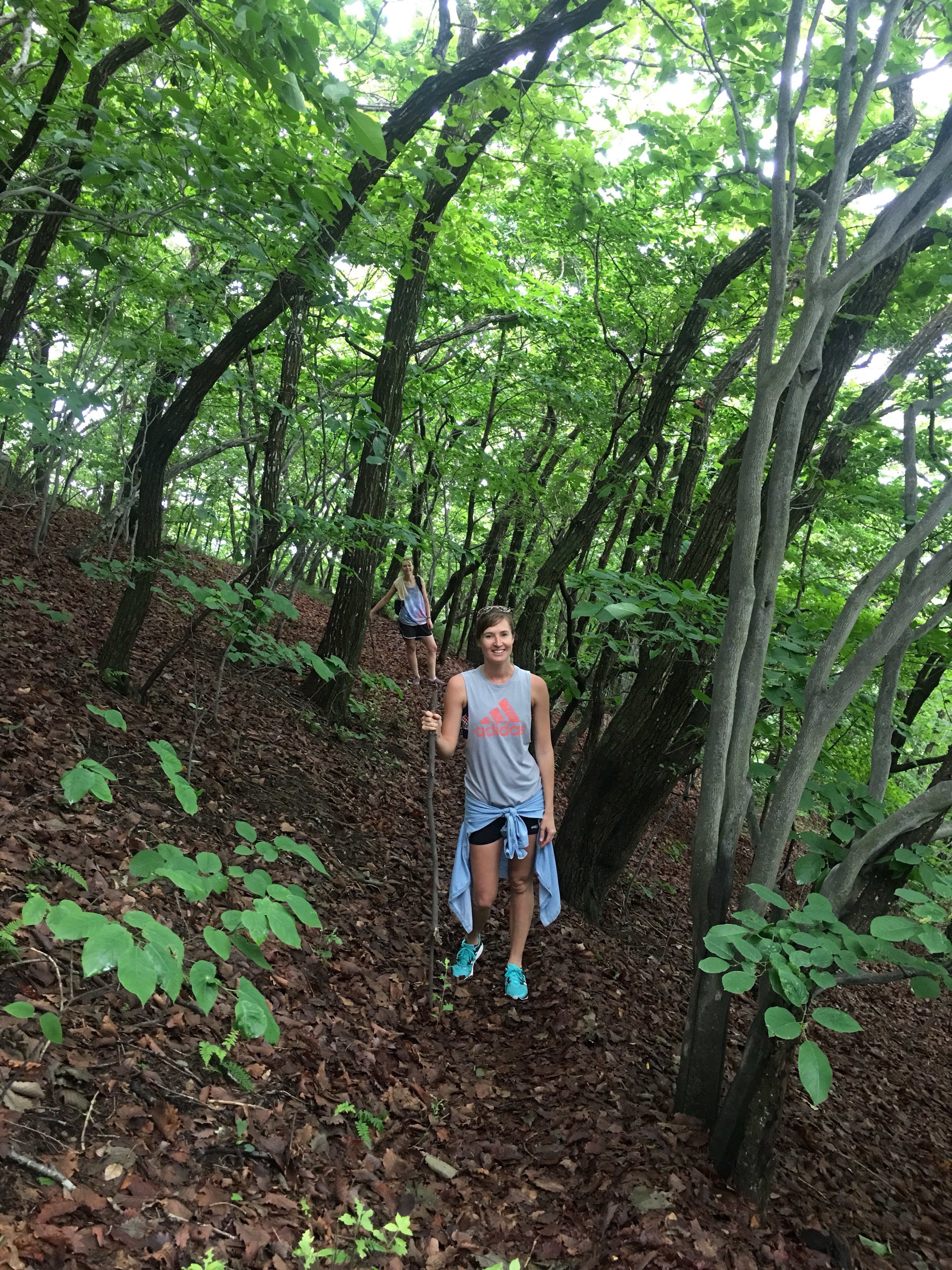 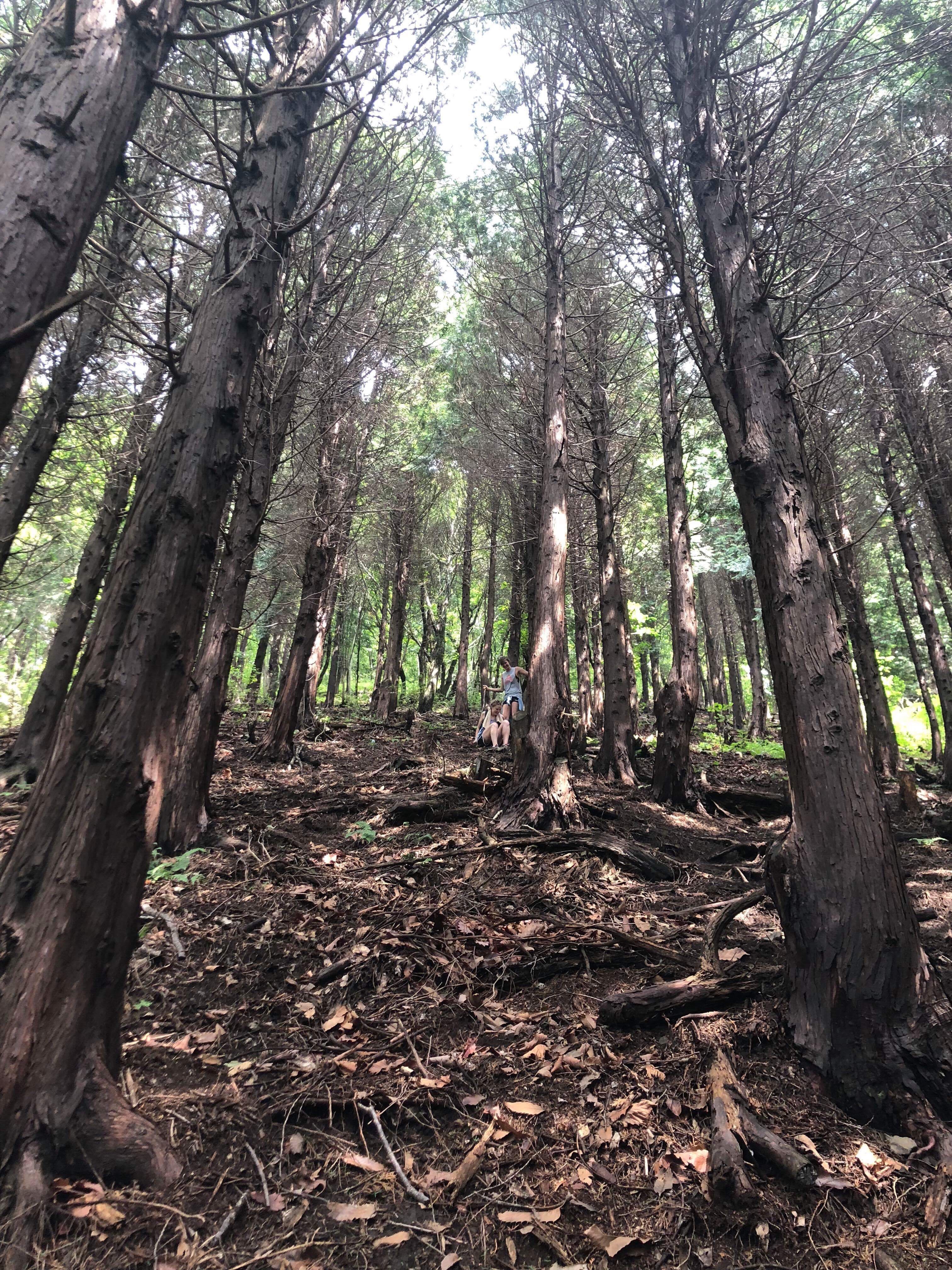 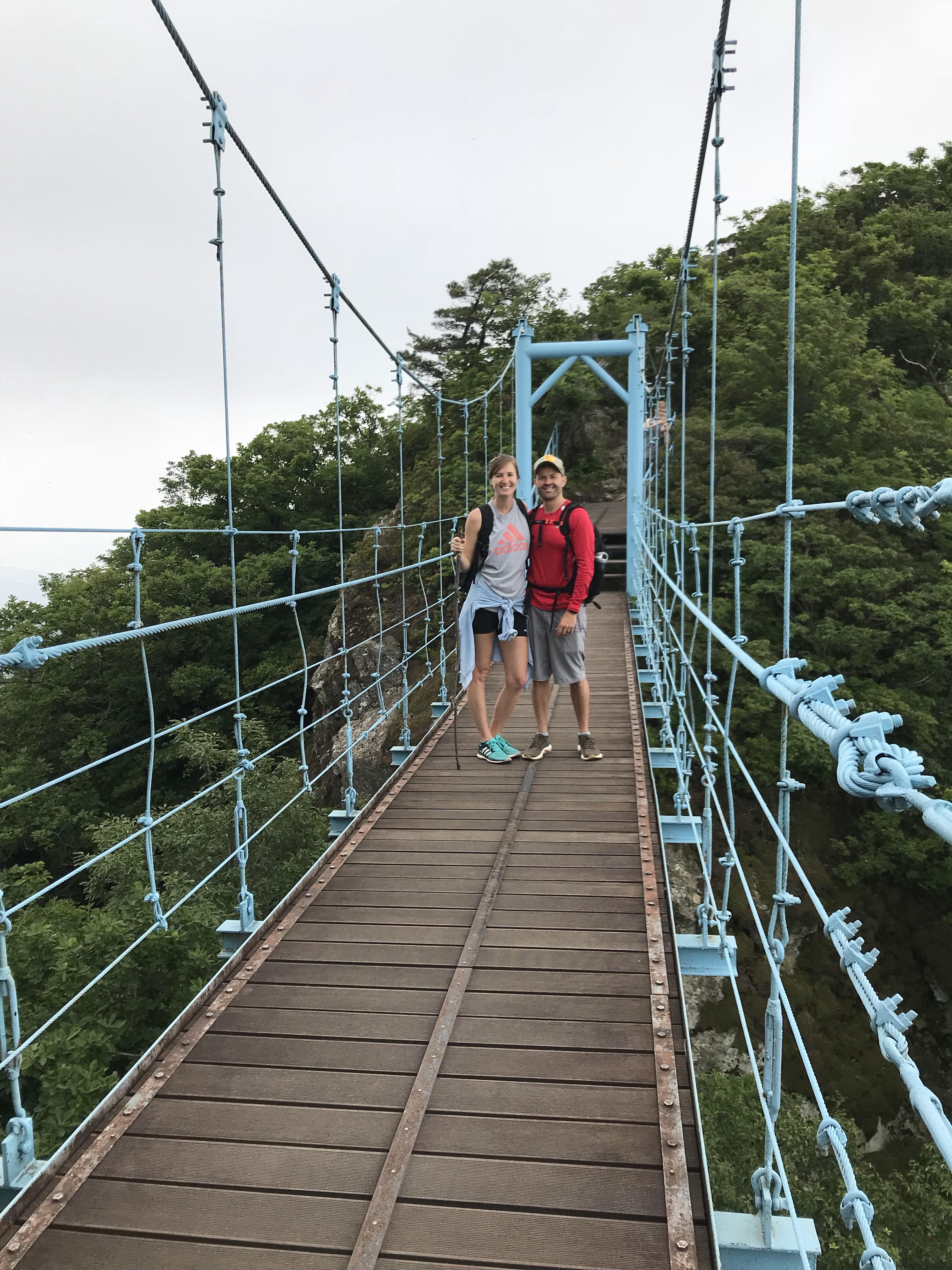 Besides a few other bits and pieces, the most significant event was the arrival of My bestie! July’s update is basically going to be pictures of us. Be prepared. 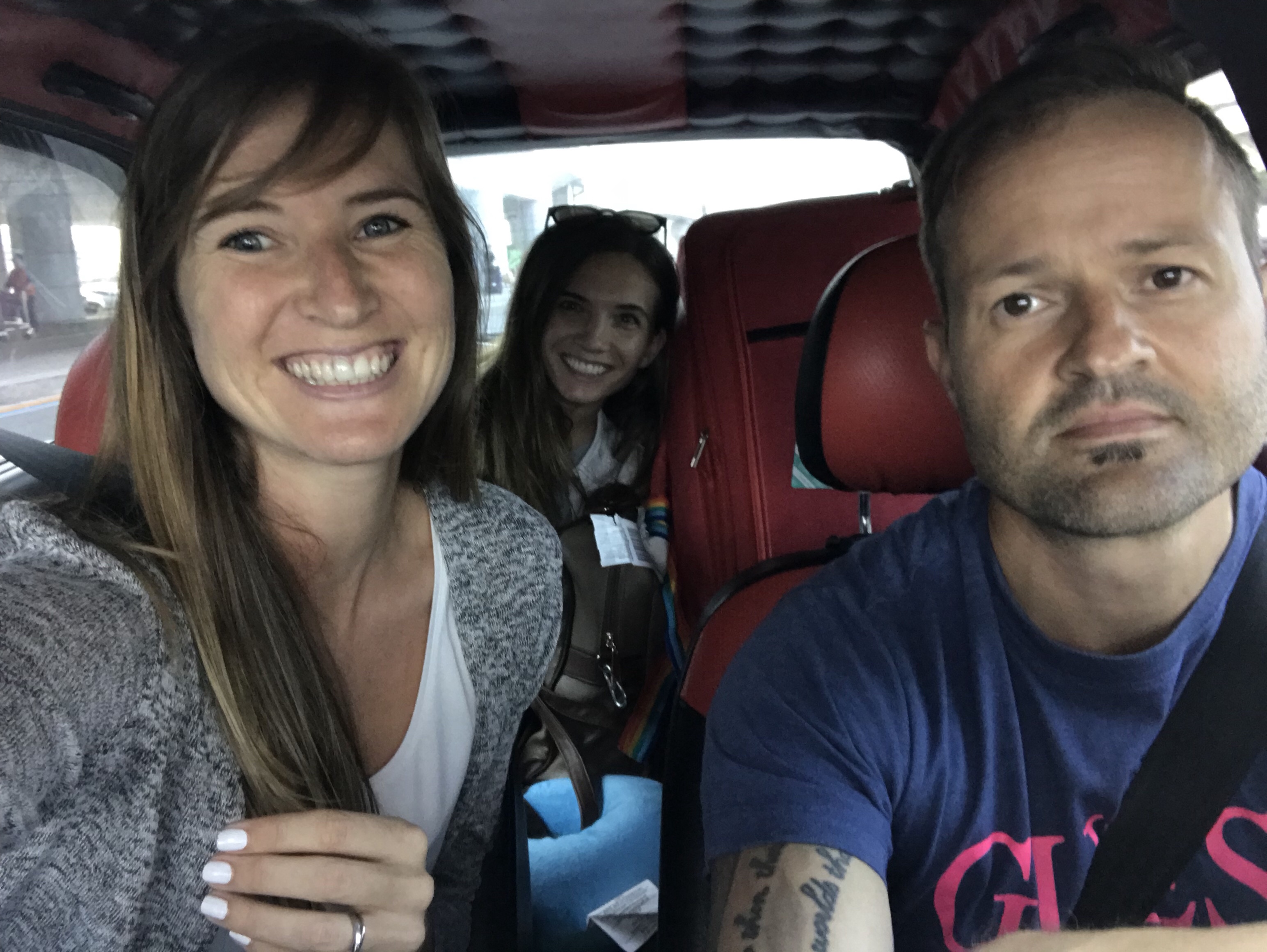