Having a fishing spot close to your house is every fisherman’s dream. It means you can go there for an hour or two whenever you have spare time. Having to travel far to get to fishable water really limits the amount of time you can spend actually fishing.

During my first two years in Yongwon (용원) I was lucky enough to have a fishing spot within 15 minutes of my house. It really helped having a car as initially my fishing was limited to one dam that was reachable by bus.

On our return to South Korea I was really disappointed to find that this fishing spot was now closed to the public due to construction. On the upside this meant I had to go back into exploring mode to find somewhere to fish!

I spent hours pouring over Google maps and Kakao maps (South Korea’s version of Google maps) searching for those blue spots that indicate dams. I needed a new fishing spot! This lead me to some interesting places in the area. I fought through thickets, traveled on little roads barely wide enough for a car and hiked through rice paddies to see if any of the dams held bass.

One of my first outings was a success as I found a little dam and spotted a small bass almost immediately. I fished here a few times but it only ever yielded tiny bass and fishing got progressively worse until i stopped going there. Alas, it was not the fishing spot I was hoping for. 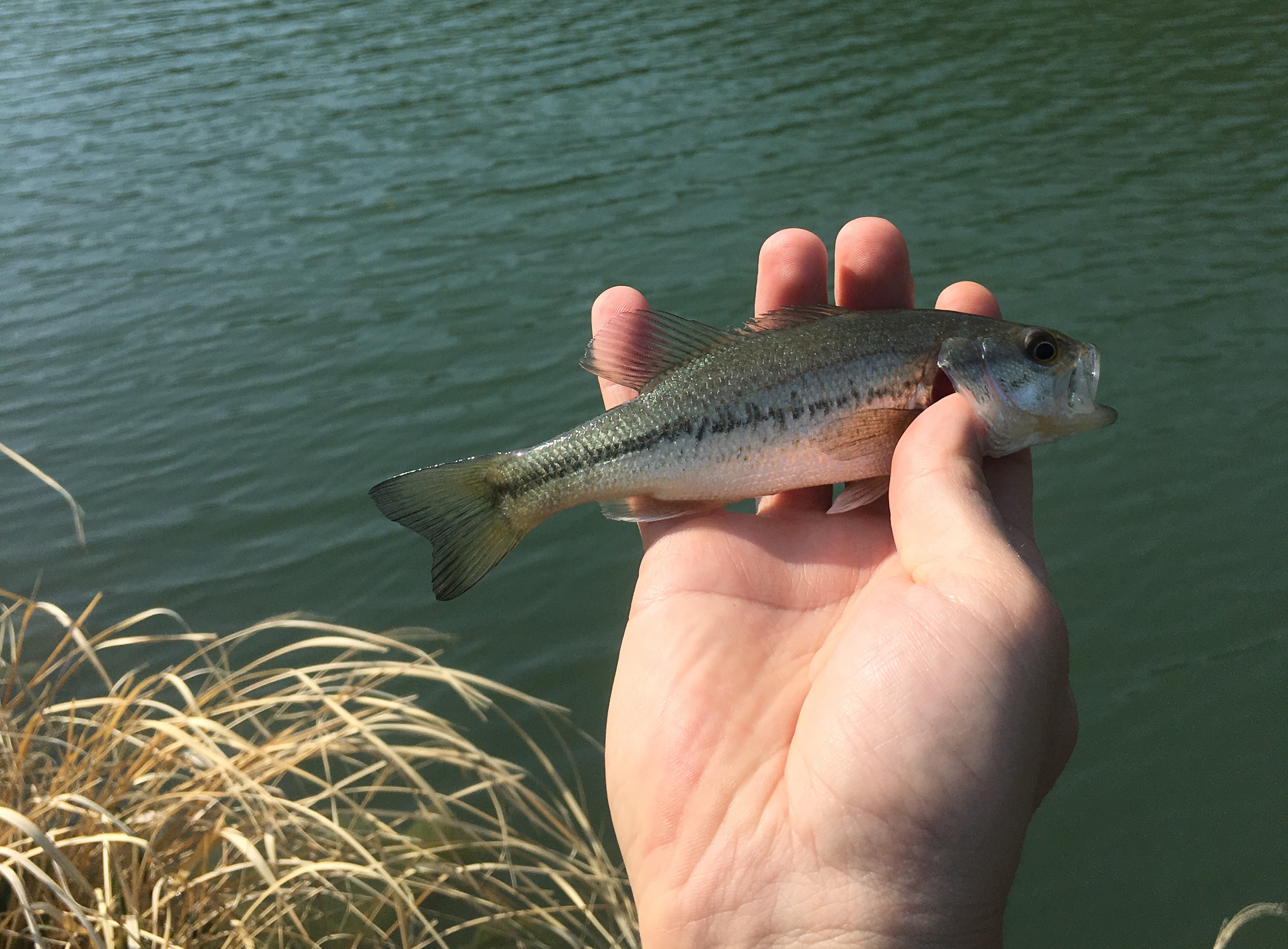 I tried quite a few other little ponds and dams scattered through the area but couldn’t find any that held bass.

Finally on a day when I had had enough and was heading home I decided to try one more place. I met a fisherman as I parked my car and established that he was fishing for bass. Success!! Sort of. I hooked a bass on my first cast! Then lost it. Then, not a single bite for an hour! Three more trips at different times and still no fish. I often spotted a few bass cruising around and loads of bluegills. I just couldn’t catch anything!

One fateful morning after waking up late to go fishing with a friend we tried this dam again. I landed a small bass within a few minutes. A short while later I hooked and landed a 40cm bass, which is to date the biggest I’ve caught in Korea this time around.

Since then I’ve been back a few times and usually manage to land one or two fish. Haven’t caught anything decent again but I know they’re in there!! The dam is convenient to fish with easy access from the road. About half of the bank is a cement road and the other half is overgrown wilderness, only for the brave during summer when it is overgrown and teeming with all kinds of insect/bug life. I’ve also spotted a snake whilst fishing. I will definitely be back at this fishing spot a few more times before we leave South Korea again. Where is your favourite fishing spot close to home?

Don’t be fooled by the big dam to the left. It is inside a military base and has some formidable fencing around it. Park on the road under the bridge and walk down to the small dam.