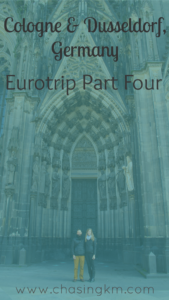 We stopped through Dusseldorf on our European adventure as our friend, Jade (from Durban whom we met in Korea) is currently living there. She offered us her futon in her gorgeous apartment as well as local beer and wine on arrival (now that’s a friend)! The few days we were with her were well spent, exploring both Dusseldorf and Cologne.

We stayed close on the Rhine River in Dusseldorf and enjoyed a few jogs along the river bank and around some dams in the mornings. Life on the road requires some sort of exercise (especially with all the new foods we’re trying). Of course, Mark had a look inside each body of water to see what fish were around, if any. Unfortunately he didn’t get around to fishing as he didn’t bring along any of his fishing equipment to Europe. 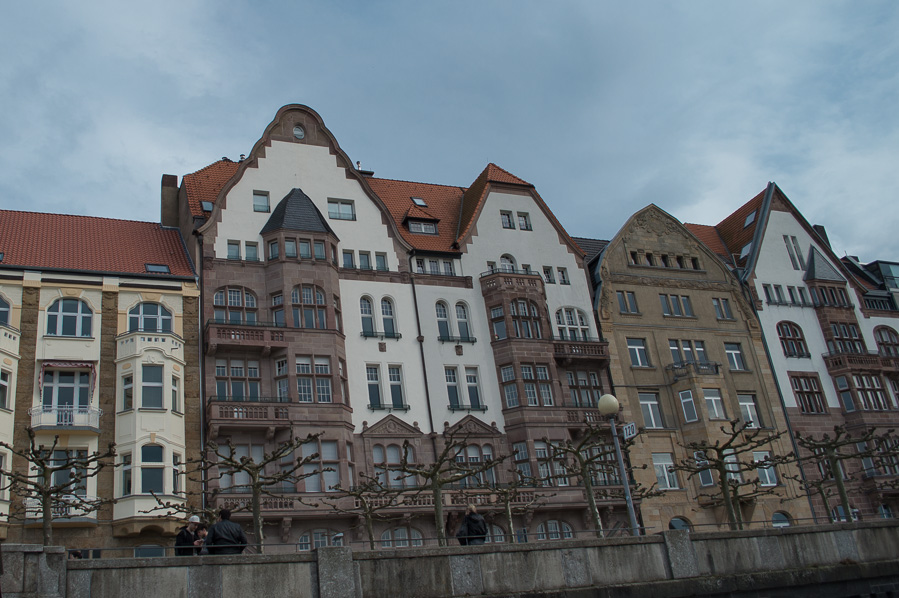 Dusseldorf’s old town – The Altstadt- also sits along the river Rhine and is a great place to spend an afternoon or evening out on the town. We headed into town in the afternoon to enjoy some beers and Belgian Fries along the river. All was going well until the skies opened and there we were stuck in the rain while we ran back to the main streets. We found shelter in one of the many beer halls along Bolkerstrasse – nicknamed “the longest bar in the world” for all the bars neatly lined up beside one another.

Im Goldenen Kessel is the one we sought shelter in. Here, it is typical to serve the local beer – alt beer – in a small glass (200ml) as it is meant to be drunk at a cold temperature. A waiter walks around with a large round tray filled with these small glasses and basically hands out the beer to anyone he sees with an empty glass (with their permission) and swiftly puts another line on your coaster with a black marker. When you’re done drinking, you motion the waiter over and he tallies how many beers you’ve had by counting the marks on the coaster! This process does, however, encourage one to see how many lines they can get on their coaster – haha! Just across the street we popped into another bar that turned into being an actual club. It was pretty fun listening to German dance music, though!

One afternoon we went to Wildpark Grafenberger Wald – a kind of nature reserve with plenty of hiking and biking trails and oicnic spots. There are also some animal enclosures and a few free roaming deer. We did a nice long hike and packed a picnic lunch to enjoy along the way.
Since it was a gorgeous day, and we were desperate to be outdoors in the glorious weather we decided on a barbeque for dinner! We packed Jades portable braai, picnic blankets, meat and drinks and walked to a lakeside park near Provinzialplatz station to enjoy an afternoon braai. 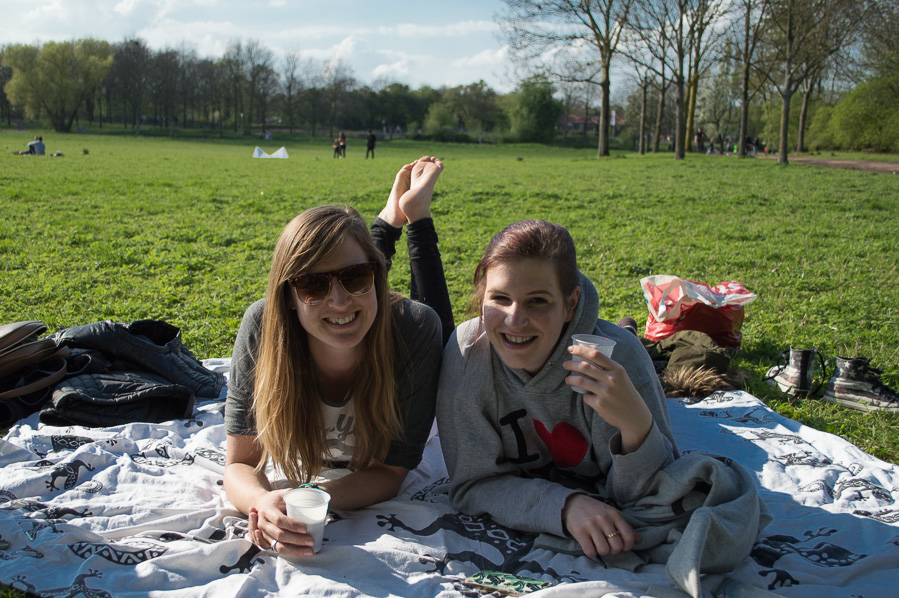 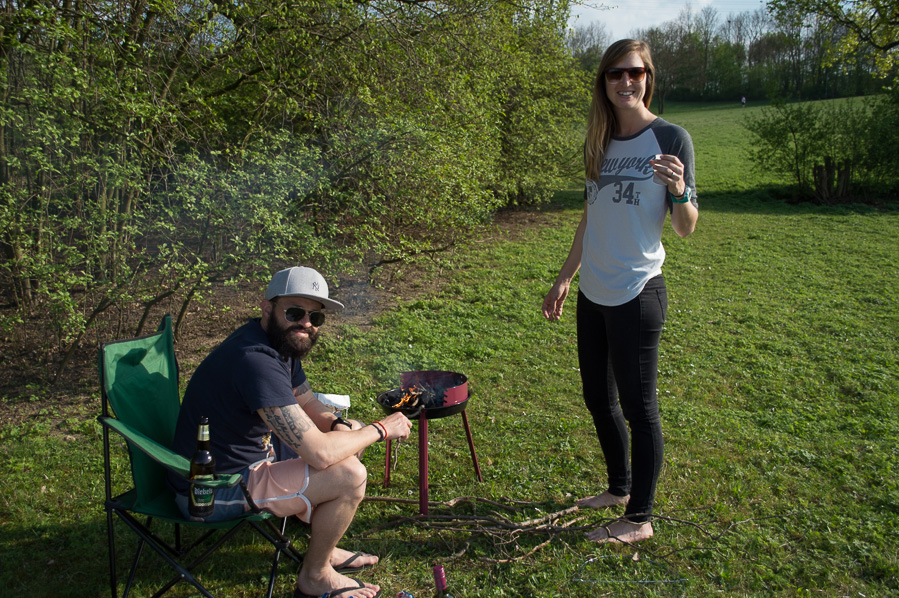 Just a short (but expensive – at 11€ per ride) train ride from Dusseldorf is the 2000 year old city of Cologne. The first thing you see as you exit the train station is the gothic style cathedral, Koln Dom. You’re free to go inside and take a look at it’s grandeur. Remember to be respectful, as it is a place of worship. The cathedral is constantly being upgraded, so there is always some part of it in scaffolding. If you walk around the side of the cathedral towards the bridge, you will see older parts that have been replaced, now on display. 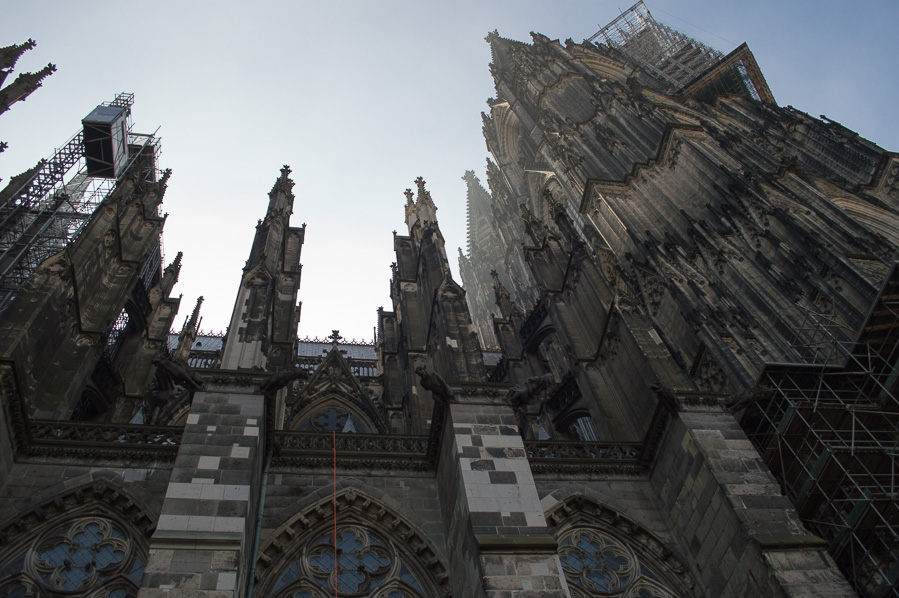 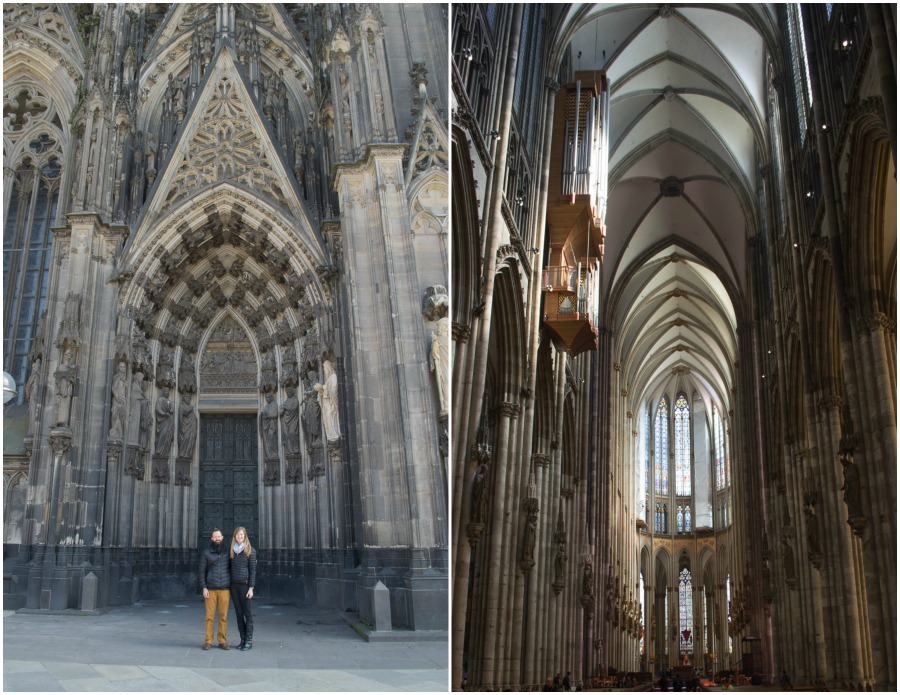 We spent the morning wandering around the city. Passed the afternoon having picnics along the river. Brought in the evening having sundowners on the grass in Hiroshima-Nagasaki Park, before going out for dinner and heading back to Dusseldorf. 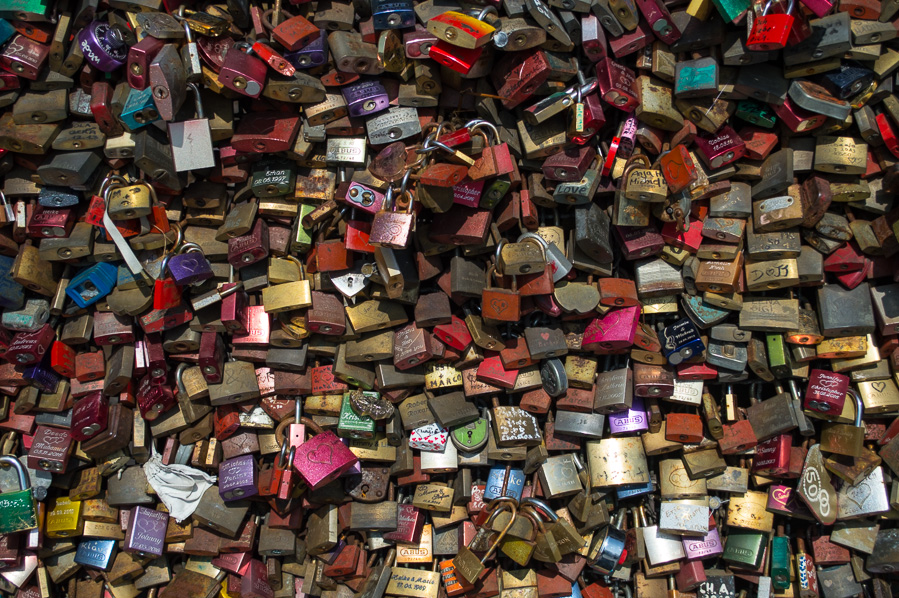 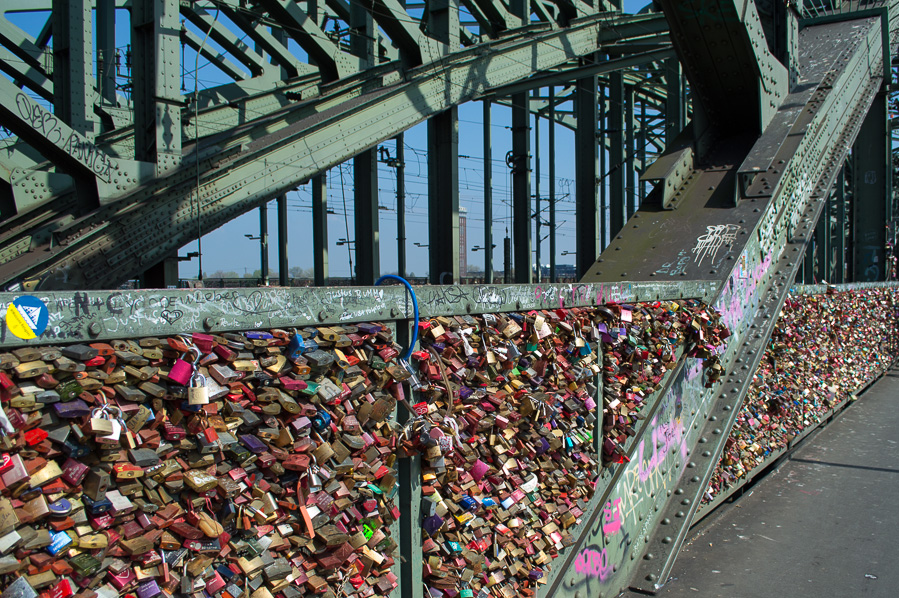 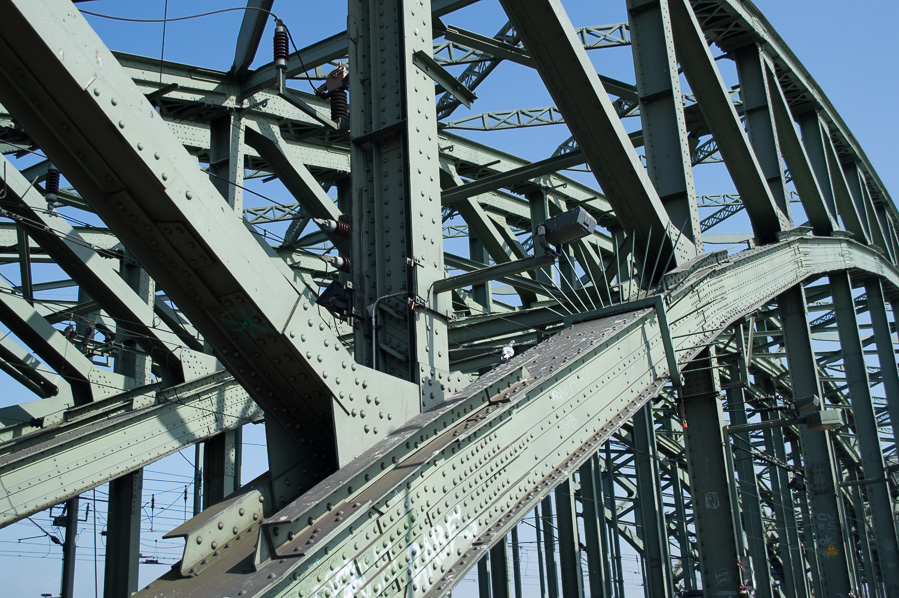 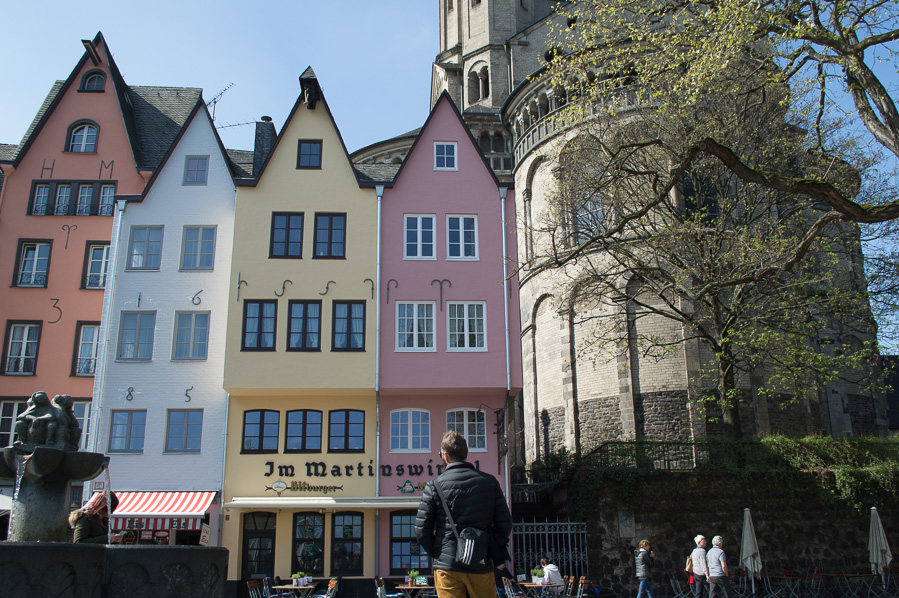 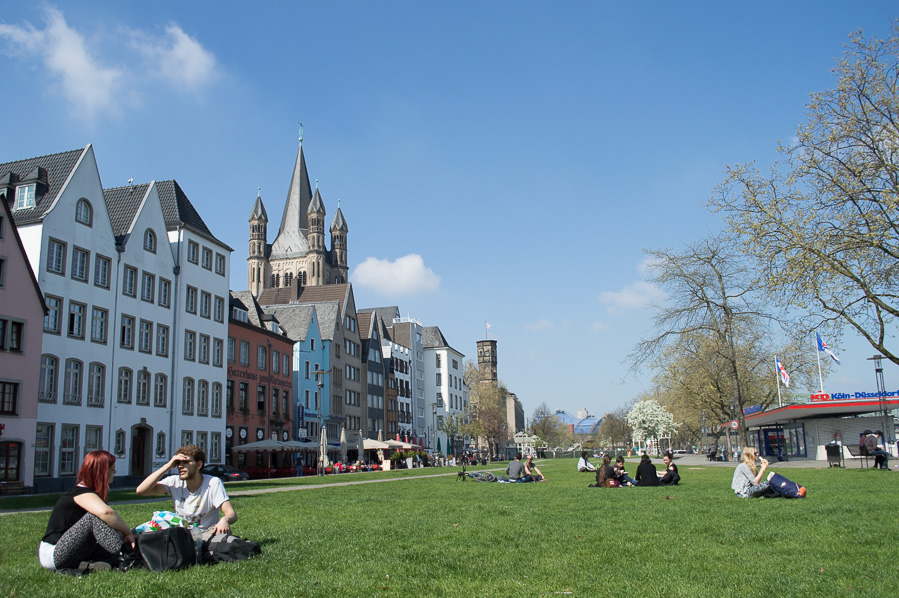 Where have you enjoyed the serving of beverages in any unique way??