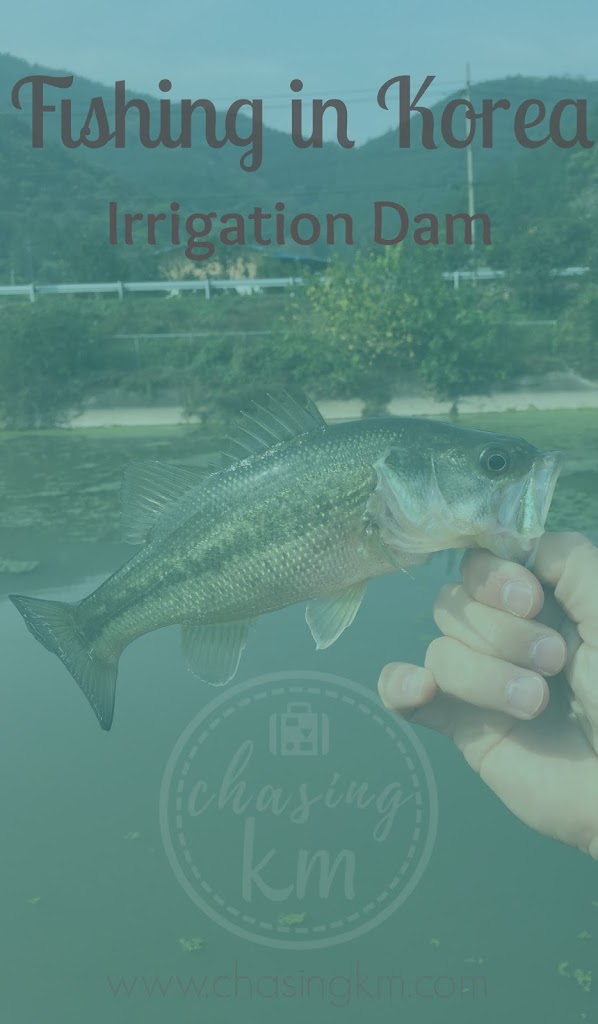 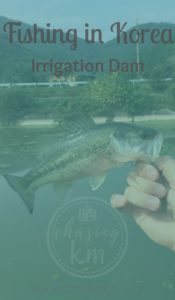 Irrigation tank aka “The Secret Spot”

This irrigation tank has been an incredible and strange spot to fish. Not sure if it’s even allowed but there are no “no-fishing” signs and nobody has complained. But to be safe I won’t be sharing this location.

I have seen lots similar irrigation tanks along all the big rivers in South Korea and I presume they just siphon water from the river and then let it flow into irrigation channels which the local farmers use for their crops. Bass and other fish obviously get trapped in there and it becomes an ideal spot for them to breed and grow! They are usually a good spot to try if you’re looking for somewhere new. 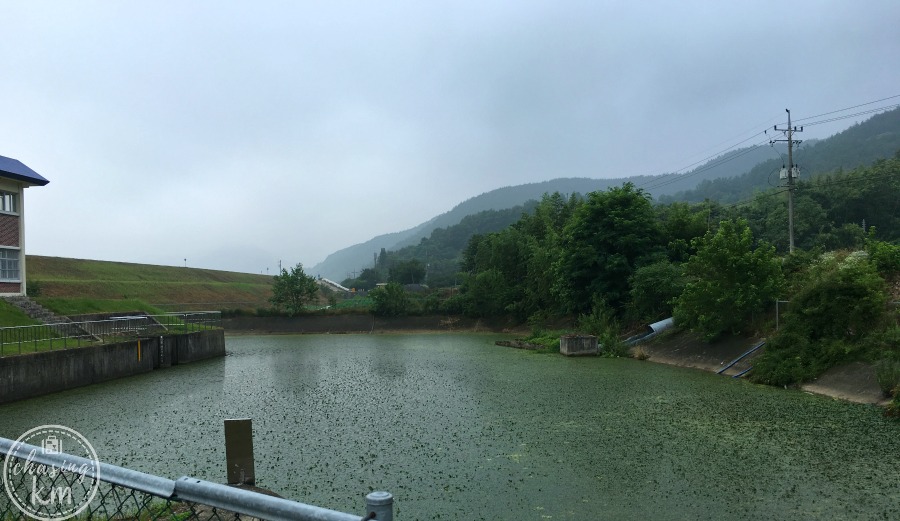 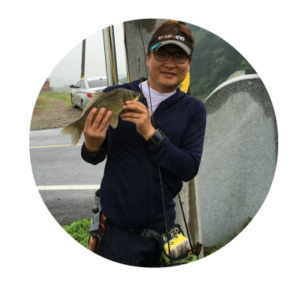 Son (my Korean friend) and I drove past the irrigation tank one day on the way to Hapcheon. He said he had always wanted to try this place so suggested that we do just that. We had already tried a random river along the way where he caught a crucian carp on his first cast, so his luck was in.

It wasn’t long till he hooked a fish in the irrigation tank and it turned out to be a 40cm plus bass. Needless to say, we spent quite a bit of time here after that. The day wasn’t so great for me as I hooked and lost a few fish in the thick weeds, I was fishing with mono and it just wasn’t up to the task.

Later Son lent me his spare rod with braid and things looked up! I hooked a decent size bass which we lost trying to pull it up the wall!! I did land a few in the irrigation tank though and most were top water strikes which are just super exciting.

We even caught fish in a narrow channel that was about 1,5m wide and water about 0,5m deep, covered in weeds. 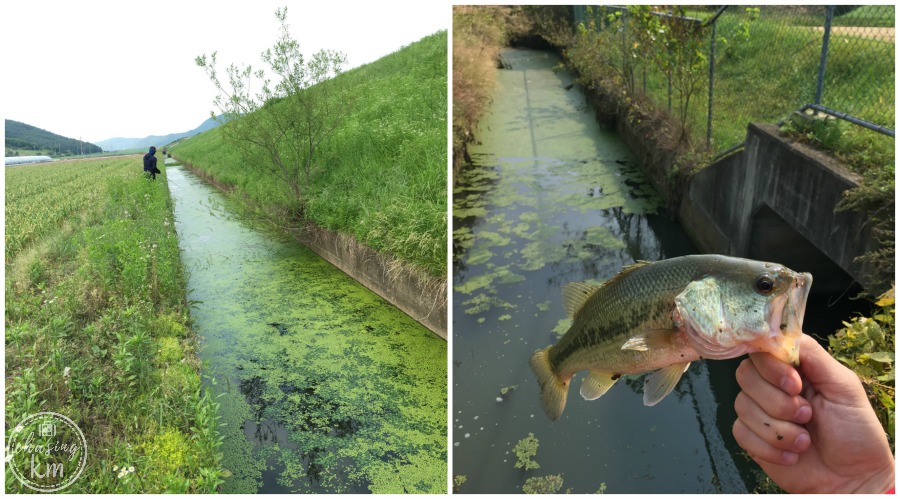 By this stage our lunches had also evolved from cup noodles to barbecues in the shade with a few beers to wash it down. These really improved the mood as the days were getting hotter and more humid as summer took hold. The area next to the irrigation tank was nice and level and a great spot to set up. 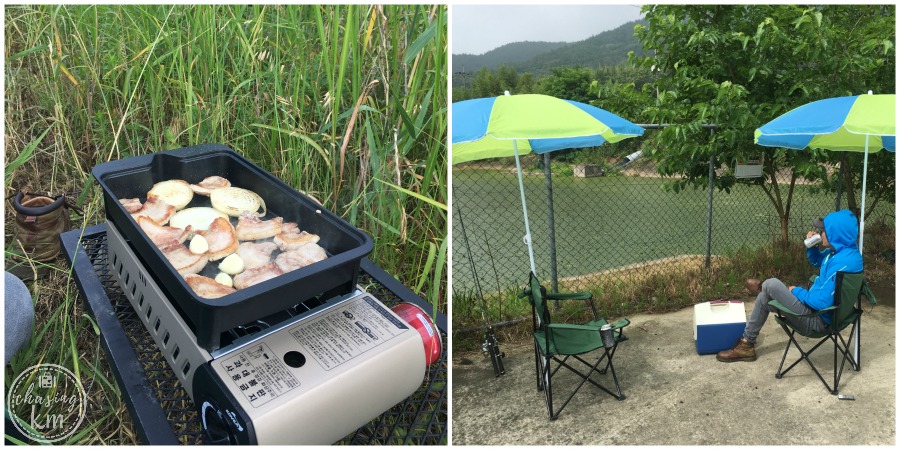 We have since been back there a few times and I have caught my two record bass in Korea there as well as a number of other bass. The fishing conditions will vary as the seasons change. The amount of weed growth by the end of summer nearly covers the whole body of water. 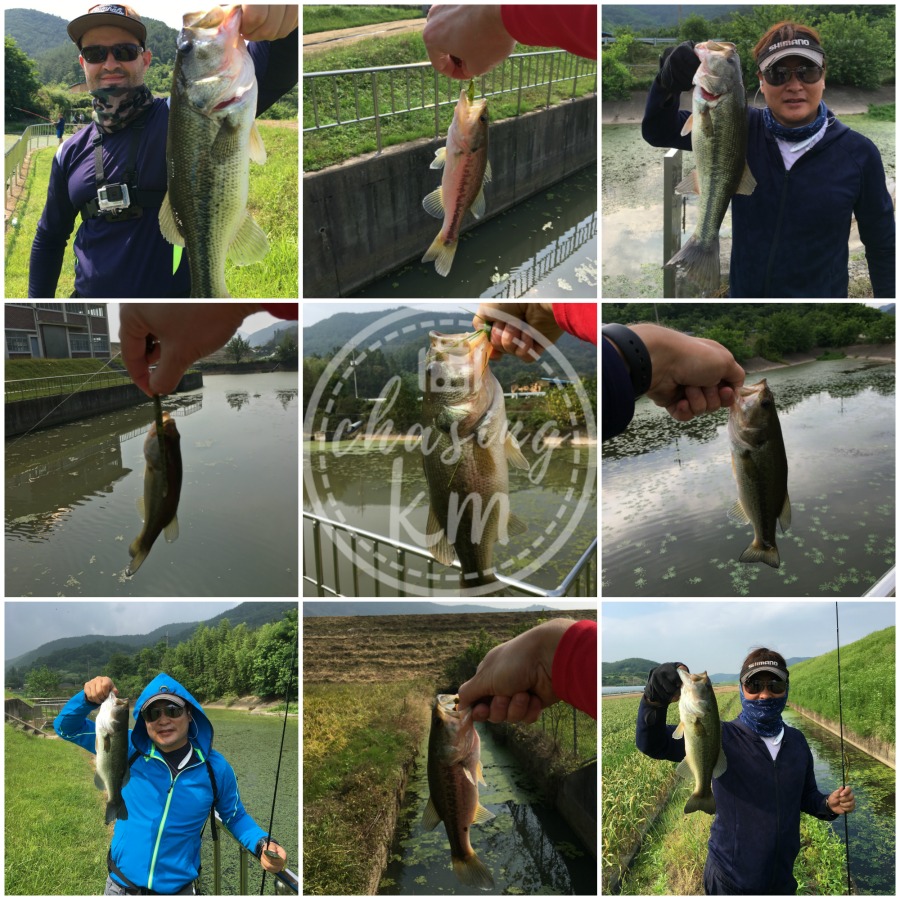 The fish at the end of this video are a type of carnivorous carp called 강준치 (Gangchunchi). They are abundant in the river systems here in South Korea. Most fisherman are annoyed by them and I’ve seen many left to die on the river banks after being caught. They are not the most fun to target as they have very small mouths and although very aggressive its difficult to get them hooked. They also just go limp after being hooked. Not an ounce of fight in them.