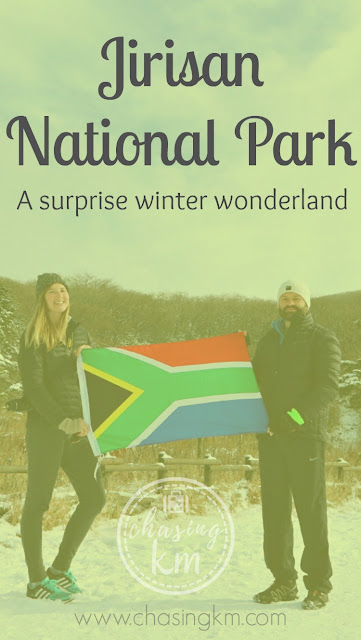 Right at the end of November we planned a trip to Jirisan National Park. We had been before, doing a small hike to Ssangyesa Temple, but this time we went to a different part of the Park, to Nogodan Peak. My co-teacher had recommended it as an easy, yet pretty walk. One that was easy enough for her daughter to tag along too, without (too much) complaining.
We had hoped that there would still be some pretty, colourful leaves around (the “hike” is popular for this), but understood that it might be a little too late in the season and therefore may be greeted with bare trees and a dull landscape. Well boy were we surprised, and in for a treat!

We arrived at the park entrance, only to be turned around, due to icy roads and bad conditions up ahead. We waited on the side of the road for Hyun Ju. As it turns out, they were only letting four wheel drive cars in – she totally misunderstood that one and reassured the guards that her car did in fact have four wheels and that we were aware of the bad road conditions (we have all had a good chuckle over this since! Can you imagine our little blue Matiz being a four-wheel drive haha).

I was getting giddy with excitement at the odd patches of ice and snow on the side of the winding mountain road. We parked in a lot where a sign board had been placed to warn of snow on the road ahead. It was a 20 minute walk up to the actual car park, and entrance to the trail for Nogodan Peak. We quickly added an extra layer of clothing after feeling the wind race around us.

Walking up the road, we giggled profusely as we slipped around on the melted snow. We wondered how on earth we were going to manage this walk up! It got a little better, with much thicker snow and by now my excitement was all there! Clapping hands and stomping my feet I couldn’t contain it. Hailing from Durban, South Africa, snow is still a super exciting and novel thing, especially when its real snow and a SURPRISE!!!  So commenced the snowball fights (or more like snowballs to the bum from HaYeon) and the kids gloves were soaked before we even got to the trail head! 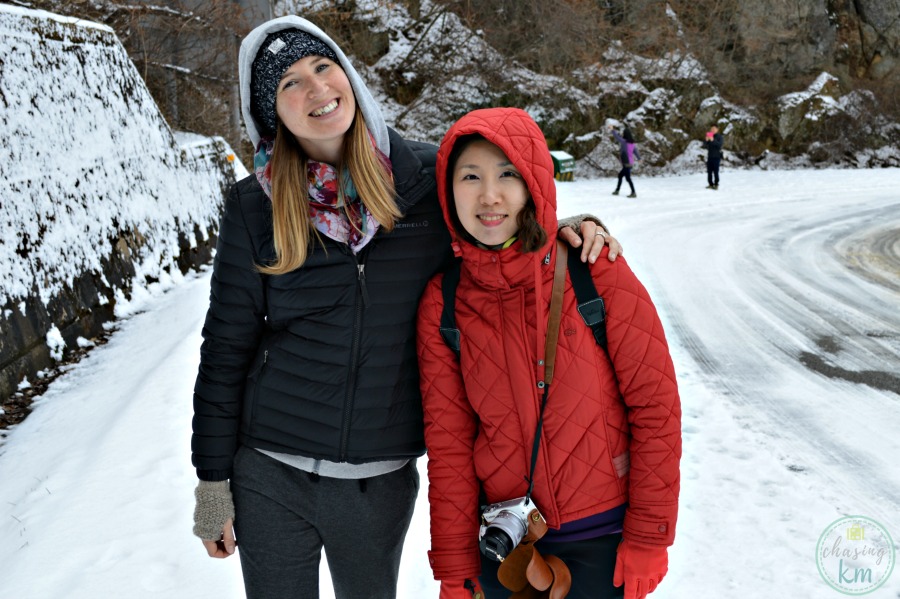 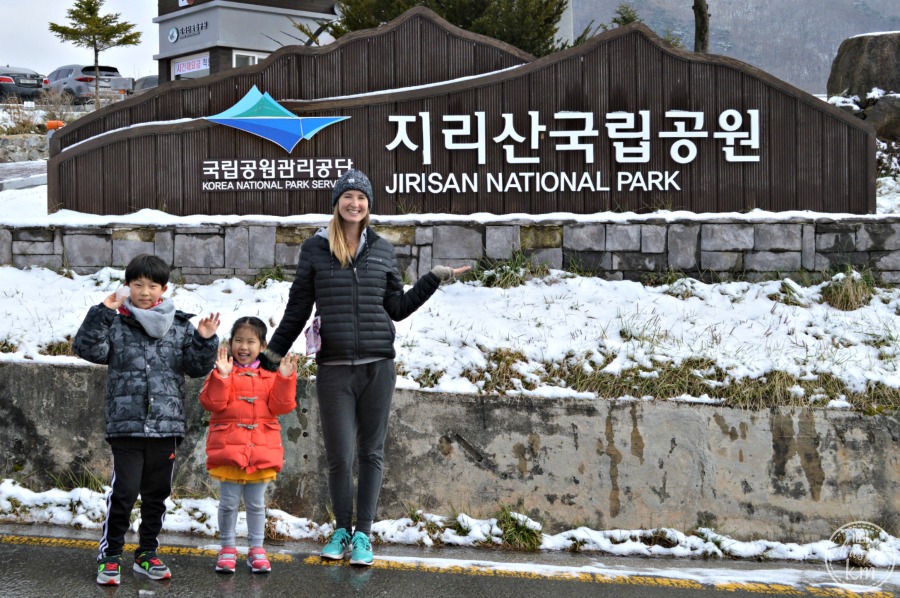 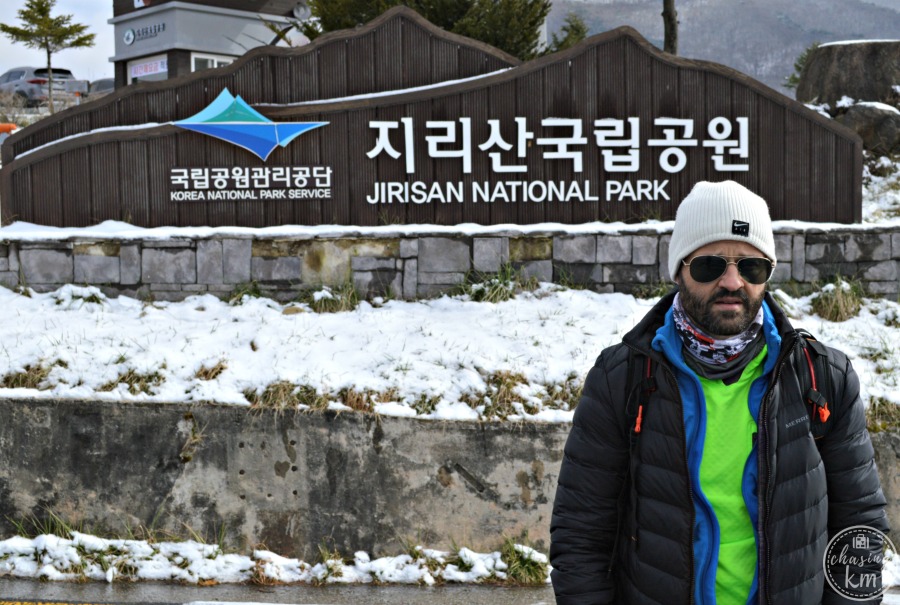 The actual walk was so beautiful. It wound along a little road that was completely covered in soft, fluffy, fresh white snow! I couldn’t stop ooohing and aaahing and saying how beautiful and magical and wonderful it all was! Despite the snow, we were blessed with fairly “warm” weather and beautiful blue skies. The walk to the shelter just before the peak took us a little longer than expected (due to many picture stops and the kids building snowmen at every opportunity). We were rewarded with great views and some wonderful soft white snowy areas to make some snow angels. We sat down to have our little picnic of peanuts and chocopies. Some very kind men next to us gave us one of their cup noodles to share! We love experiencing this Korean kindness! 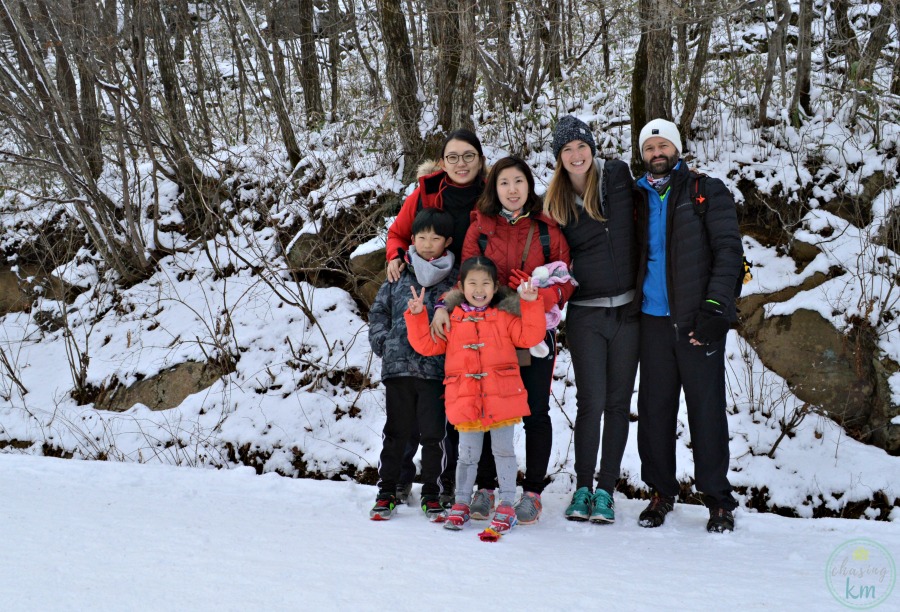 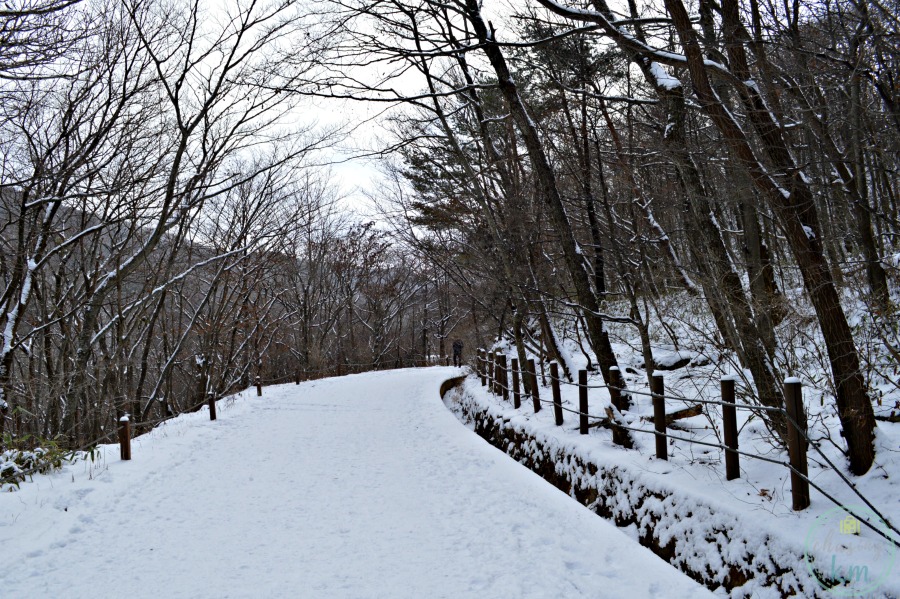 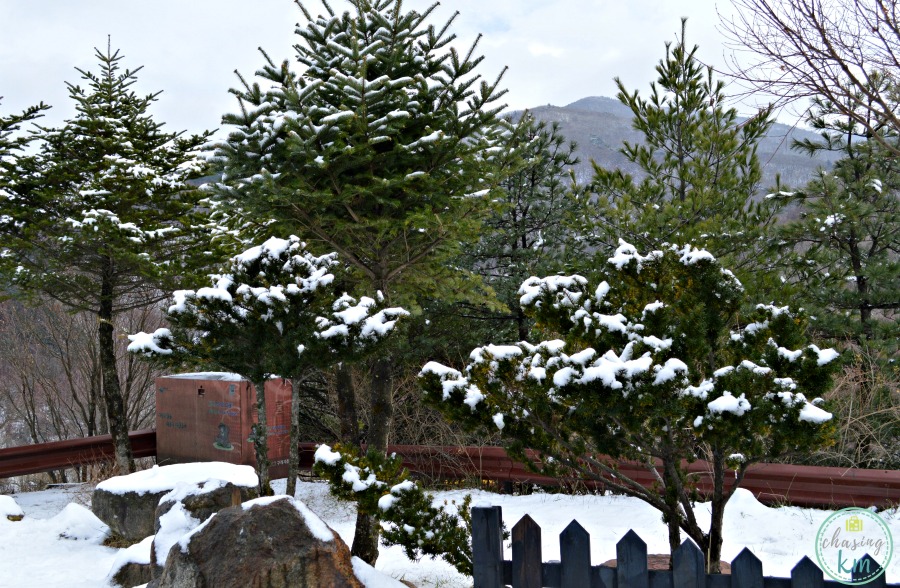 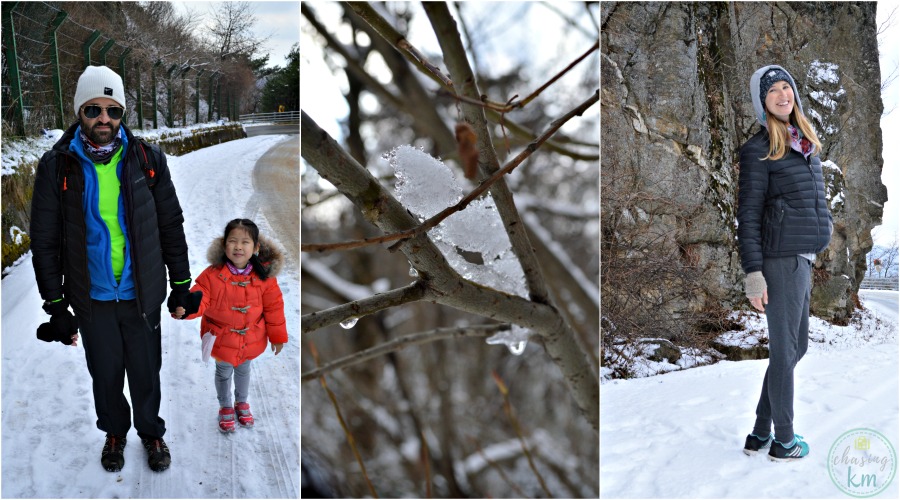 We didn’t make it to the actual peak after having our picnic – the children were cold and tired. Mark and I also wanted to get going at a reasonable time. A 3 hour trip back home on a Sunday evening isn’t the best. In saying that, it is still an easy hike with great views and a great trail. We walked a total of 9,5kms (including the extra walk from the bottom car park) and it took us 4 hours (all that photo taking and snow frolicking). The entrance to the park was W3000 per person. We had such an enjoyable day, and we would highly recommend it to anyone! It was really great to see another part of Jirisan and experience it in a completely opposite season too! 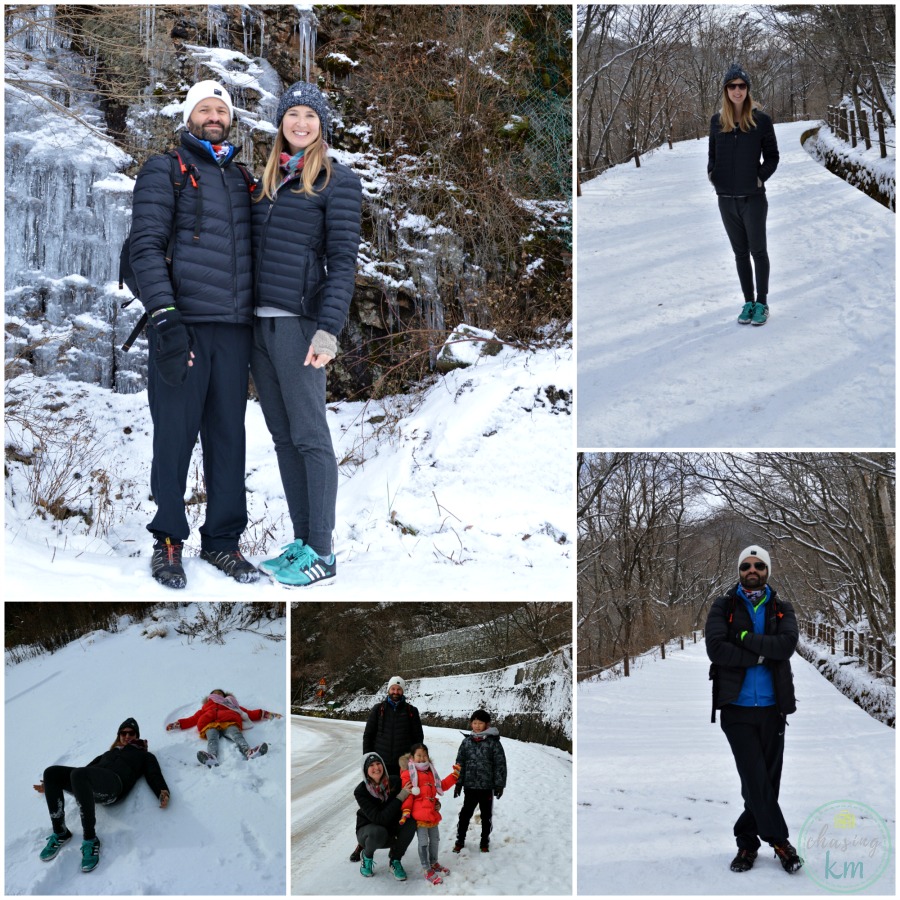