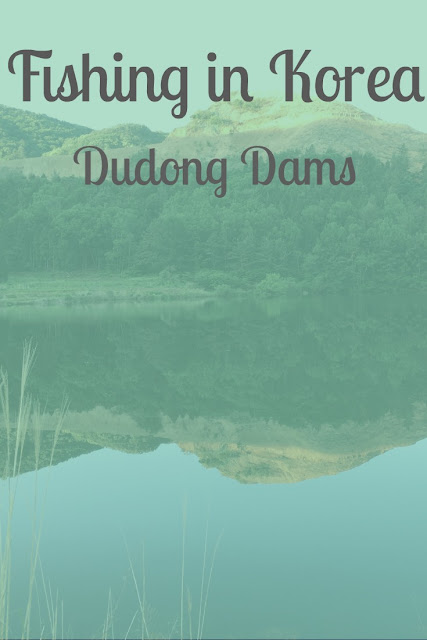 ***disclaimer: These dams near Yongwon are no longer accessible due to South Korea’s inexhaustible drive to build apartment complexes. I hope that when the construction finishes at least one of these dams will have survived destruction and be teeming with bass that have not been disturbed by a fisherman in years!

Yongwon is the town where I live in South Korea. It is right on the coast and at the very edge of the Changwon municipal area bordering Busan.
I’d been pouring over google maps trying find dams that looked accessible by bus from Yongwon. I finally found these 3 dams situated very close to each other that could be reached by a few transfers and a 1km walk. However I never had enough motivation to actually do it! When we eventually got a car I was determined to go look at these dams.

On our first trip there I was turned away by an old Korean man who was sitting in a little hut on the access road, presumably watching for fires as it was late fall. I drove off rather crestfallen and parked down the road out of sight where I had seen a small footpath leading up the steep dam wall. Upon reaching the top I was greeted by a beautiful view and was certain there would be bass in this dam!

It was only months later that I finally fished there after speaking to a Korean fisherman at the Ungcheon dam who told me that fishing was definitely allowed there.

I made my way back to the dam near Yongwon in due course and it has since become my go to dam for a quick outing after work or before work in the summer.

There are three dams very close to each other and all three have produced fish ranging from 10 to about 40cm. Through most of the summer they consistently fished well. I even ran there one morning before work, 3.5km from Yongwon, fished for an hour and then ran home. I took only one rod and a few soft baits and caught a few fish.
They are however also irrigation dams for the farms in the Yongwon area and the levels fluctuate dramatically through the planting season.
The dams were heavily fished at times by catch and keep fishermen so tended to go quiet every few weeks. I had one great week of fishing there when I fished every morning and evening and managed about 6 fish per session with a few fish over 30cm which is quite a decent size for these dams.
I have seen only bass caught in these dams near Yongwon but have spotted a few blue gill hiding amongst the weeds as well as the odd carp cruising around.
In the summer the two small dams get very choked up with weeds and become difficult to fish, especially when the water is low!

All three are relatively easy to fish off the bank as you can walk around most of the banks. There are lots of well worn paths from other fishermen. The small dams do have a lot of vegetation on the banks and by the height of summer some areas were inaccessible. In summer I also found there to be quite a few ticks around as well as hordes of mosquitoes so plan/dress appropriately.