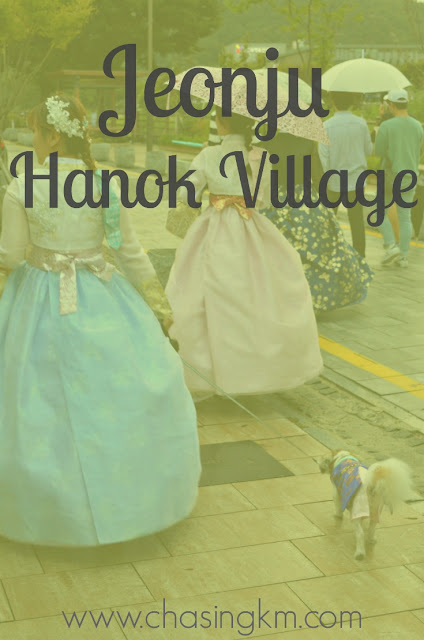 Jeonju Hanok Village
If you’re looking for good food, hustle and bustle and some traditional Korea, Jeonju is the place to find it. Tucked into the city is a traditional Hanok village that seems to be the tourist hot spot of Korea. It has a wide river running along one side with traditional Korean  bridges dotted across the water.  With no cars being allowed in during certain times, it really gives you the feeling you’re in old town Korea.

The area is famous for its bibimbap and is also well known for makgeoli huts that serve a ridiculous amount of banchan with every kettle of makgeoli bought. These are usually more than a normal meal and I’d suggest going there with an appetite and a thirst! Kayley had been to Jeonju with her friend Lara last year over Children’s Day, when I had to work. She raved about the village and has been desperate to visit again. She loved the tradition, mixed with modern interest. Old traditional style roofed houses, with new little coffee shops scattered around, as well as the interest of young couples wanting to dress up in hanbok and wander around the streets taking selfies. She had me more than a little intrigued by her stories of endless side dishes and large kettles of rice wine.

Our visit to Jeonju happened to be over a long weekend so the village was extra busy. We’d left a bit later than usual so got there at about 2 pm. Getting close to the hanok village was tough as the roads were busy and lots of areas had been blocked off but we eventually found a place to park our little car about a kilometre away.

We hadn’t booked any accommodation as everything online with any English website was full. So our first aim was to find a place to stay, not just any place though, we really wanted to stay in a traditional hanok. After walking around for while gawking at all the people dressed up in hanboks and train conductor/school girl outfits (not quite sure of the story behind this) we happened on a quieter little side road with a few hanoks for rent. We called one of them as there was no one to be found on the property and after some back and forth we had a place to stay! The owners husband even walked back to our car with us and drove it into the village through his ‘secret entrance’ and parked right in front of their property.

The place we stayed in was wonderful, a tiny little room with mud walls and a grass roof. Traditional sleeping pads, down duvets and heated floors made for one of the cosiest places we’ve slept in Korea, we were so warm and comfy listening to the rain outside that we were loathed to get up the next morning. This also could also have been due to the kettles of makgeolli from the previous night. 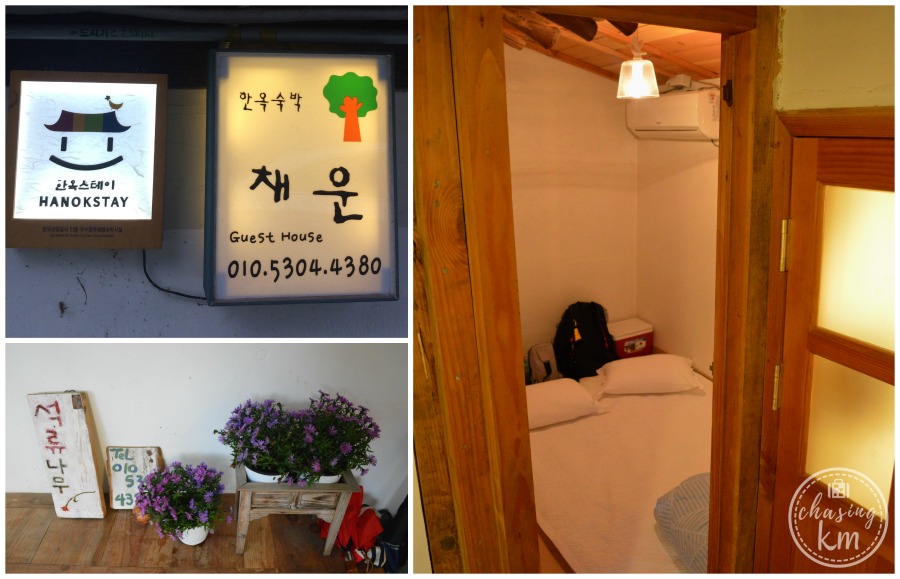 After securing our place to stay we headed out to find some bibimbap. We soon settled on a place and weren’t disappointed. It was great. We also tried another local drink, Moju, with our meal. It is a very sweet, cinnamon and raisin rice wine. 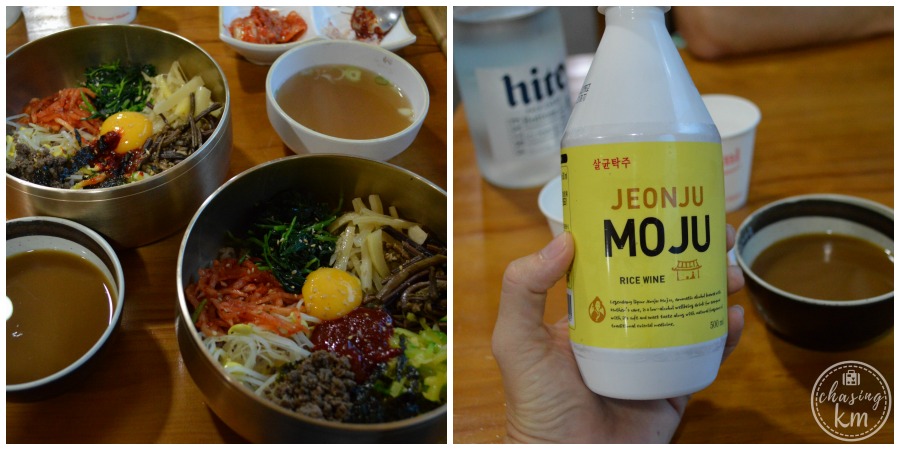 Later that evening we went looking for a makgeolli hut. The makgeolli place that Kayley and Lara went to (Gain Makgeolli) had unfortunately closed down! A bit more walking didn’t produce anything so we got a taxi to the downtown area of Jeonju, outside of the hanok village, to a place called, Yeachon Makgeolli. Here we had two kettles of “clear” makgeolli which was recommended to us by the waiter. He said it would give us no headache the next morning… he wasn’t completely wrong. We proceeded to work our way through two kettles of makgeolli, each accompanied by 4 side dishes which we just couldn’t finish as it was too much food!

The next morning we had a traditional breakfast of coffee and ice cream (haha). We set off to find a hanbok for Kayley to take photos in. This is something she has wanted to do since she stepped foot in Korea. There are loads of places to rent them all over the village. We soon found one and caught up in the moment I decided to dress up as well. It was actually quite fun walking around and we got many stares and waaaahhhhs and wows! We took some very nice photos along with the hundreds of other couples doing the same thing. 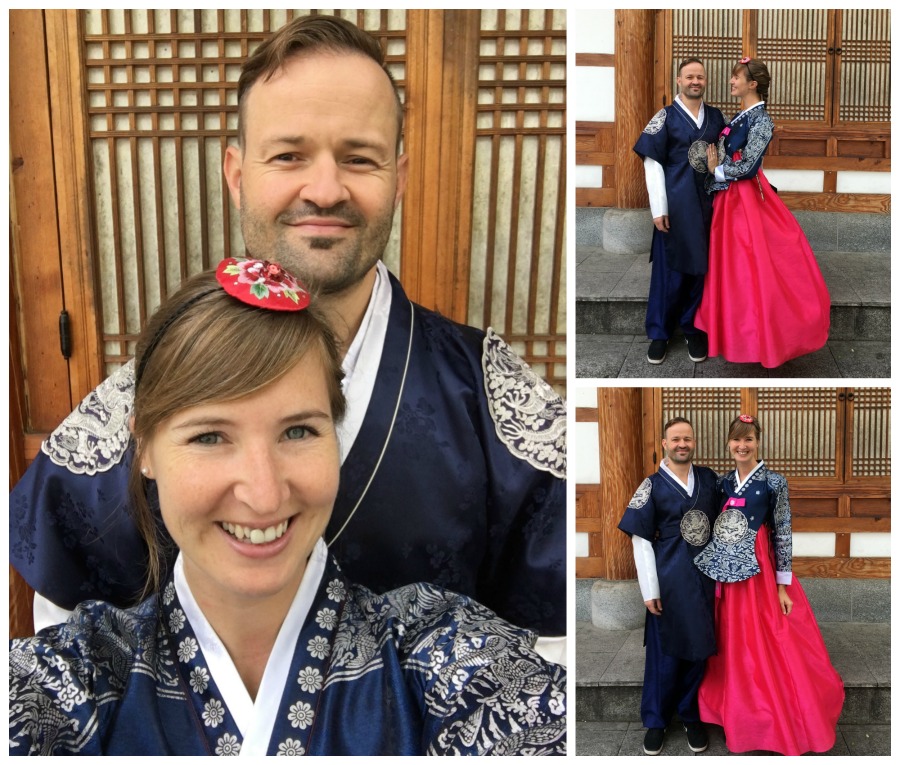 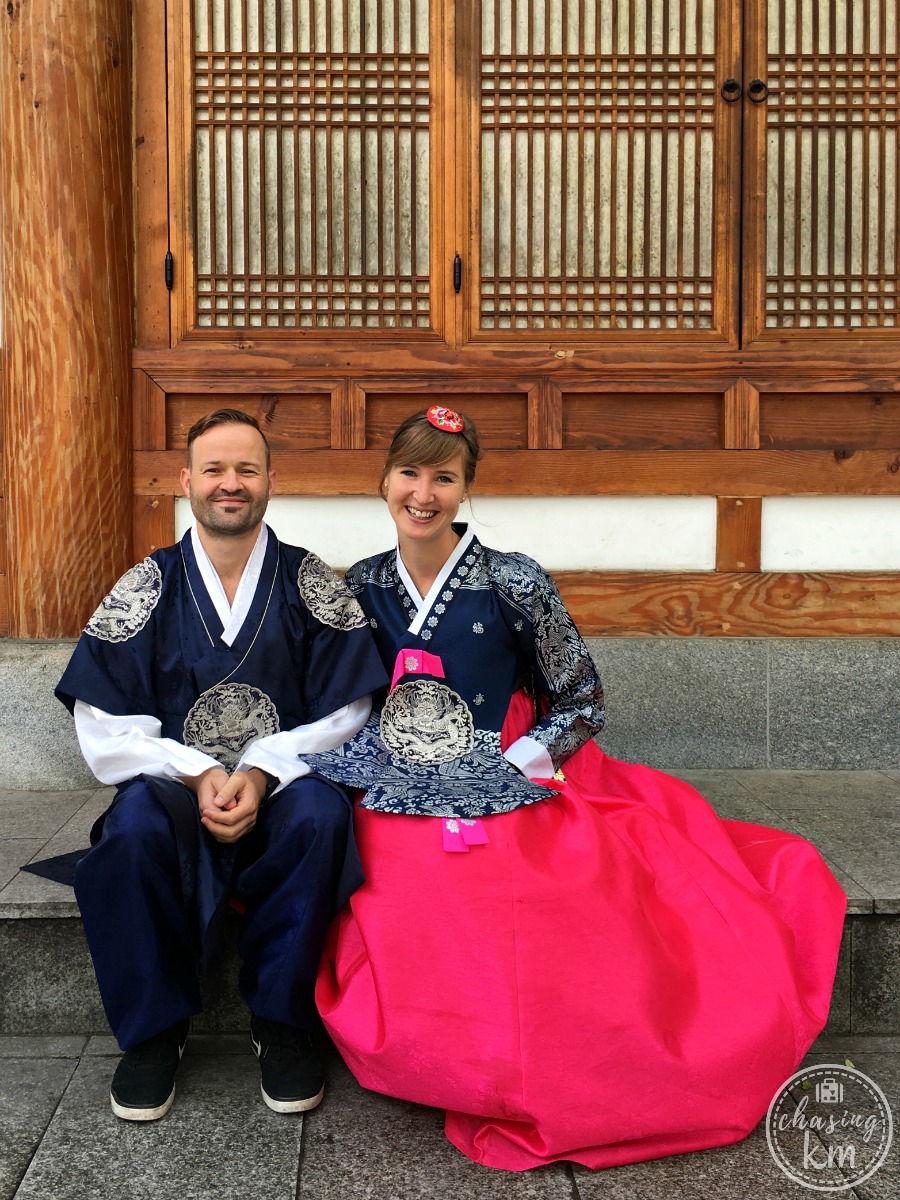 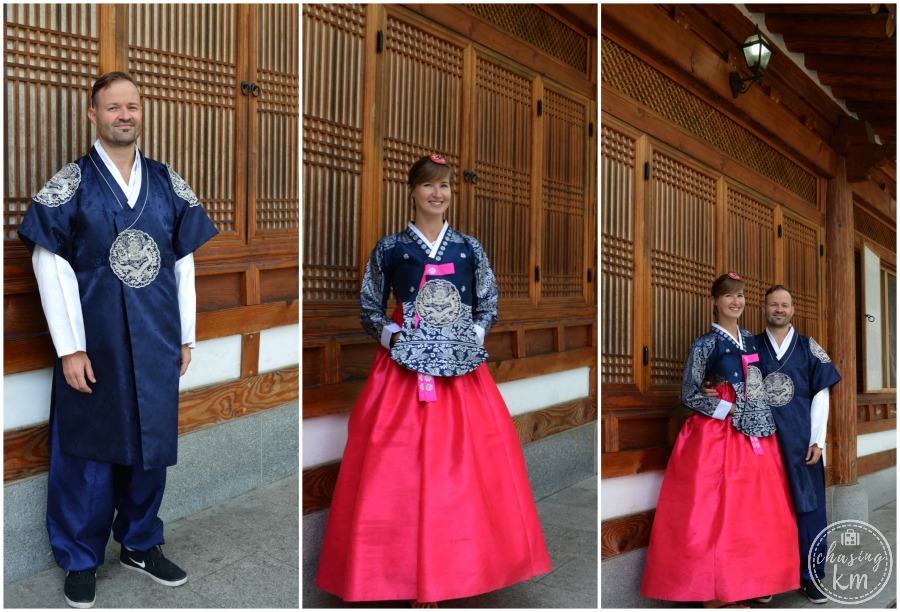 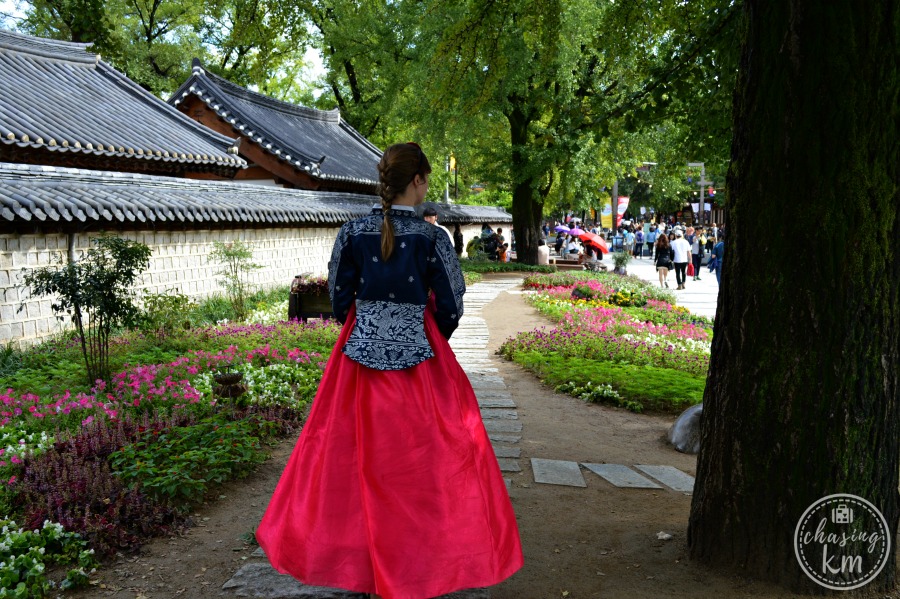 If you’re looking for good food, good times and some Korean culture definitely put Jeonju on your list. You won’t be disappointed.