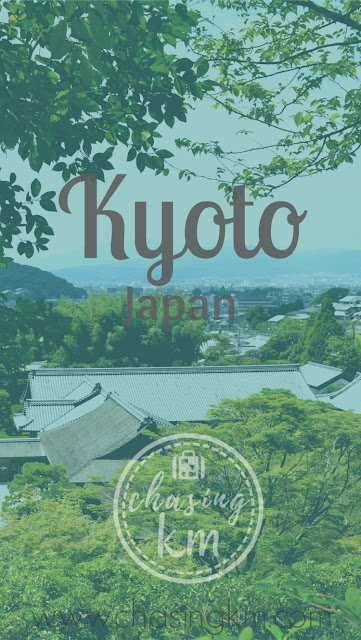 We spent the next leg of our Japan trip in Kyoto and surrounding areas. We had an early morning flight from Okinawa where we had spent some blissful days enjoying the island life. From Osaka we used our Kansai Thru Pass and took a train to Nara. We only spent the afternoon there, and took a train through to Kyoto a few hours later where we would be spending the next three nights. We were hot and tired from our early morning getting to the airport. We stayed at a lovely hostel called Kaede Guesthouse that was honestly the best hostel we have stayed in, even though it was in an 18 sleeper dorm. It had 24hr tea and coffee facilities as well as a free basic breakfast if you woke up early enough. They had great maps of the surrounding area, sights to see, restaurants, how to get there and how long it would take. These were very helpful to plan our day trips.

That evening we had our first taste of Japanese Ramen, courtesy of Ippudo, one of the most deliciously rich and tasty things I have ever tried! (This was a firm favourite for the rest of our time in Japan). Walking around Gion really gives you a glimpse into old town Japan. We were so excited to even see a (REAL LIVE) geisha just going about her business, walking along the road. Of course I wanted a photo, but felt bad to ask or interrupt her. Excitedly i just watched her…and then some other tourists walking along, spotted her and made her take photos with them…ENVY!! Later on in the evening in another part of town, we witnessed two geisha’s being dropped off back at their housing. It was rather eerie, as the driver opened their door and they quickly hopped out of the van and hurried inside. Another man came out to collect their big bags as the driver unloaded them from the trunk! 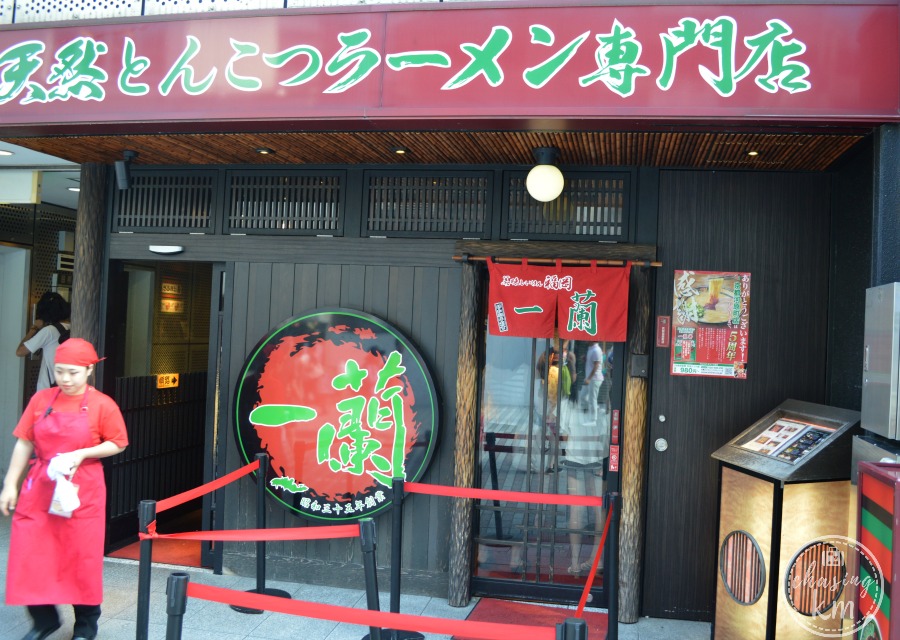 On our first day in Kyoto we tried to get going early to beat the crowds to Fushimi-Inari, over 5000 torii gates winding up and around a mountain behind the main shrine. It was a truly impressive sight! We weren’t exactly the only ones with that idea but I’m sure we were better off than most! We hiked the torri lined pathways for a while hunting for that perfect selfie spot. We really loved the tranquility that comes with the early morning.We took our snaps, enjoyed the views and magnificent structures before heading out again. 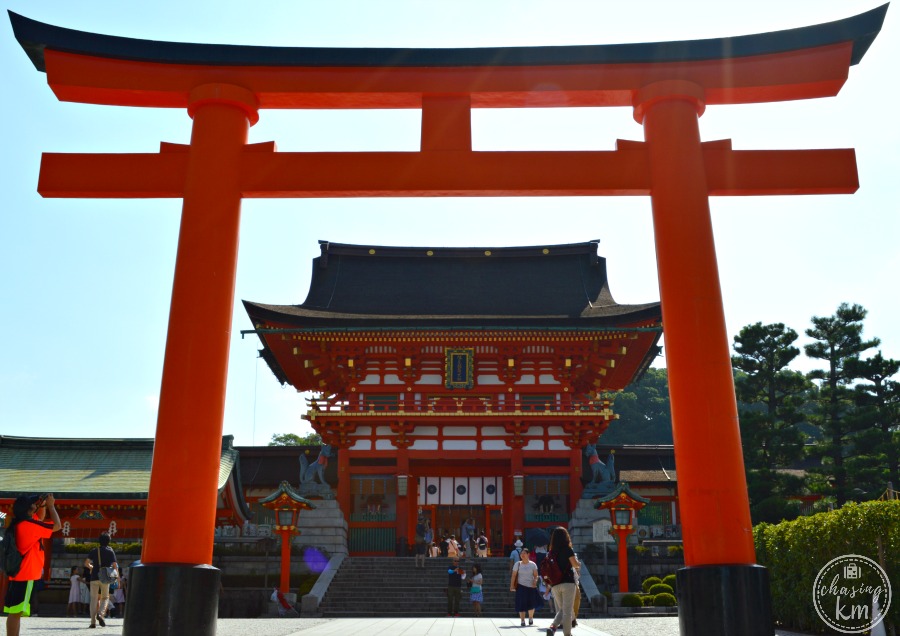 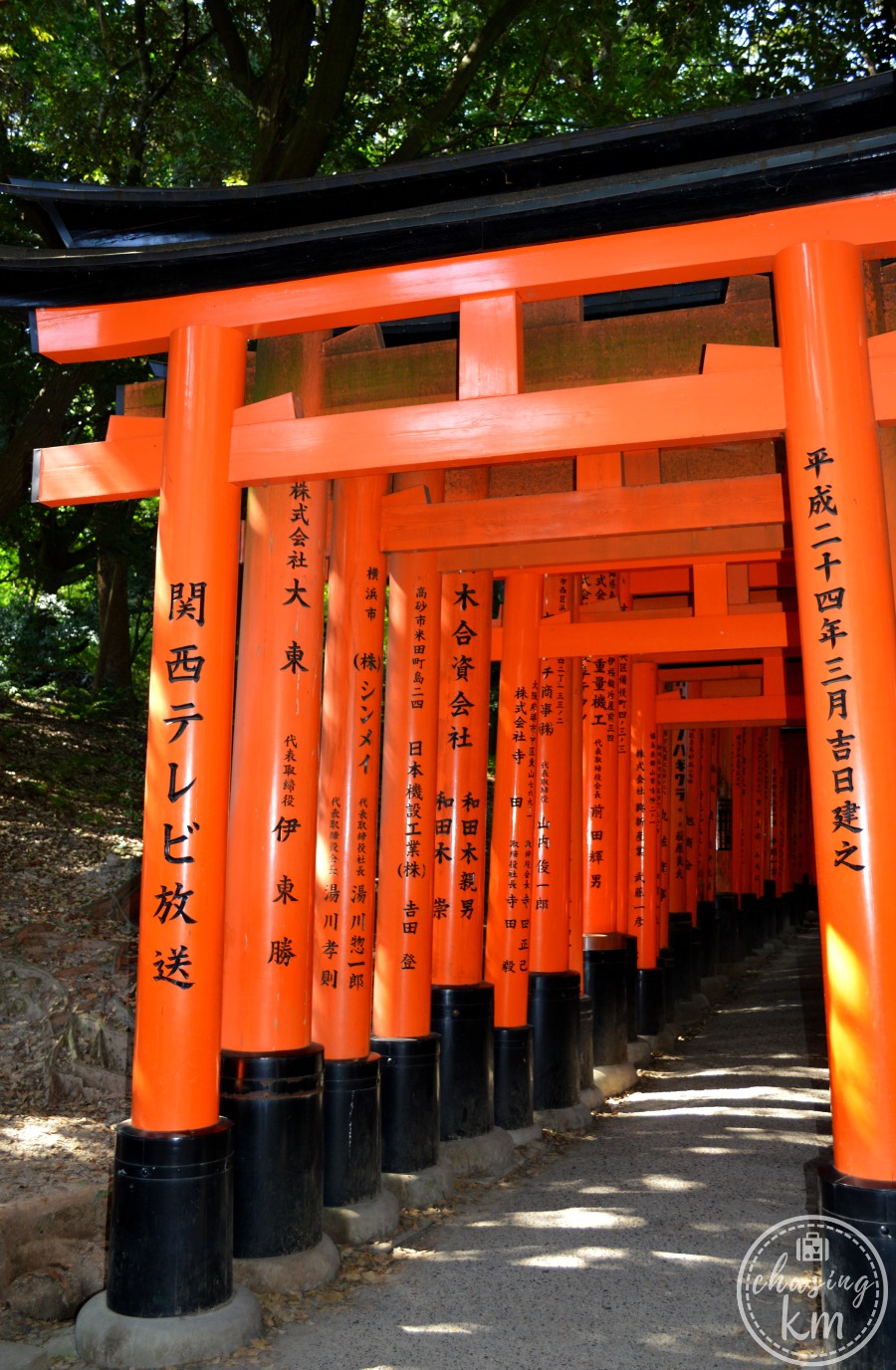 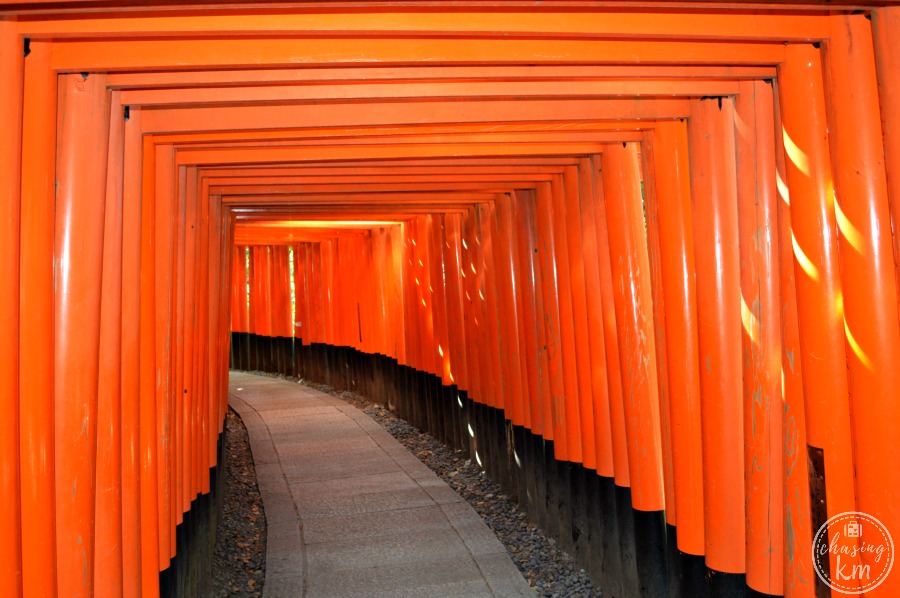 A wooden Buddhist temple with a 5-story pagoda (these things are pretty impressive) was kind of along the way to our next spot so we stopped in for a quick look. We had a little rest break from the heat (these are super important!) and took some pics of my ever so handsome boyfriend! 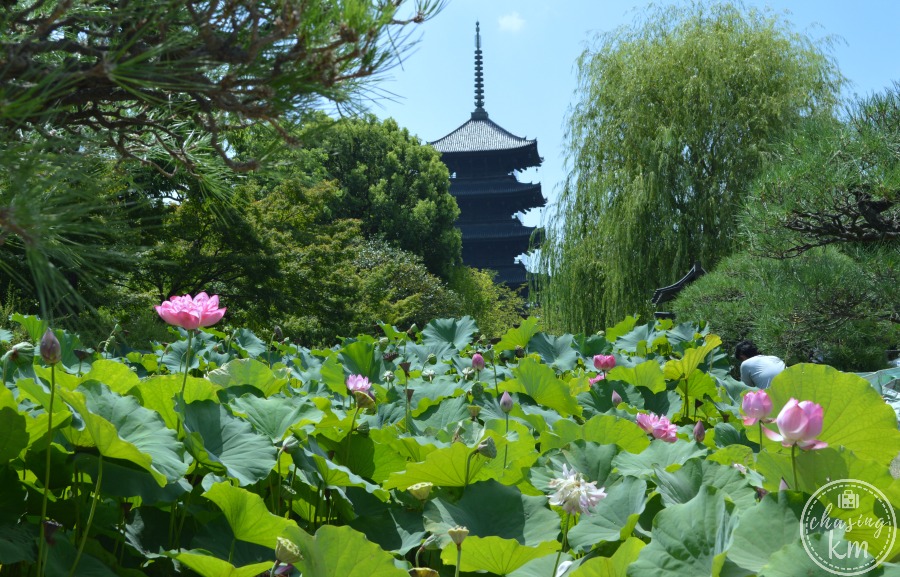 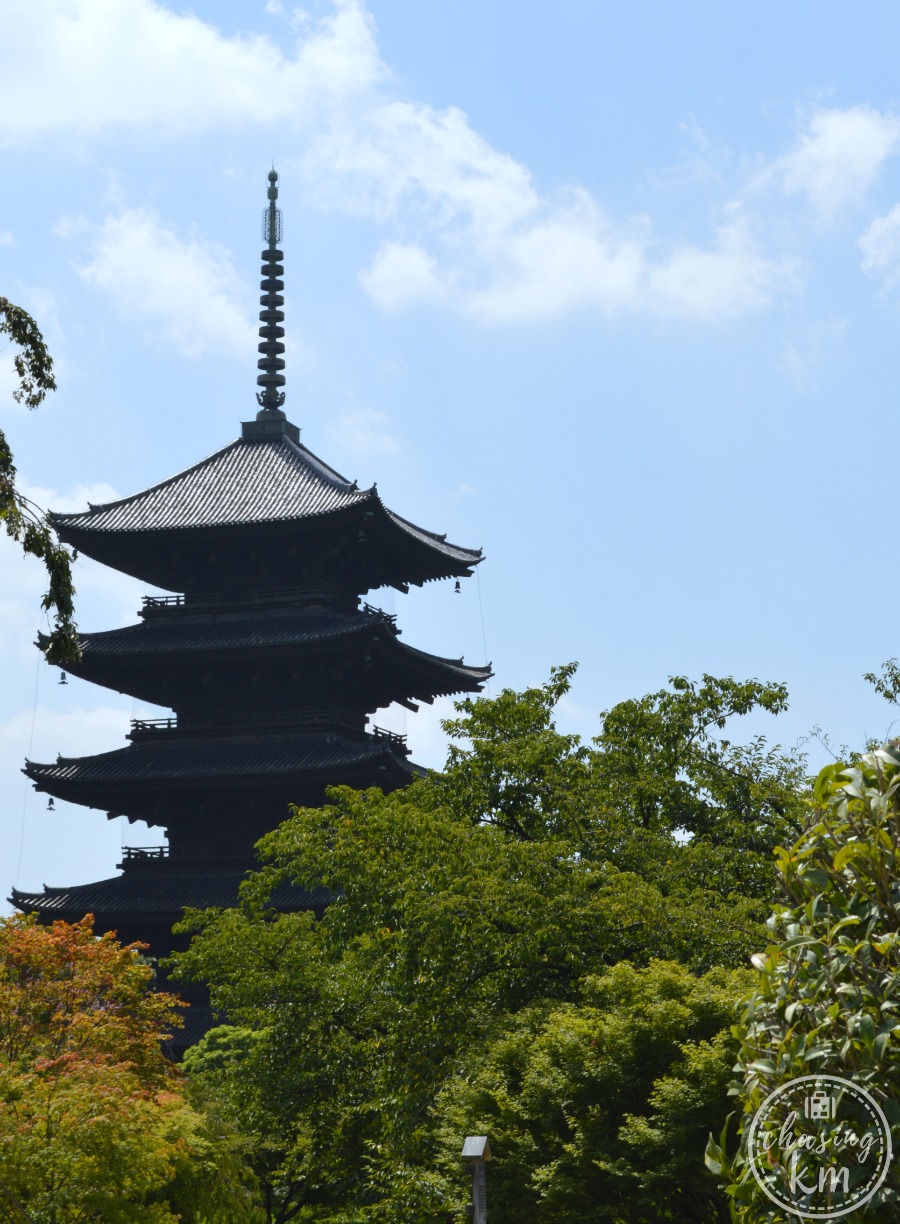 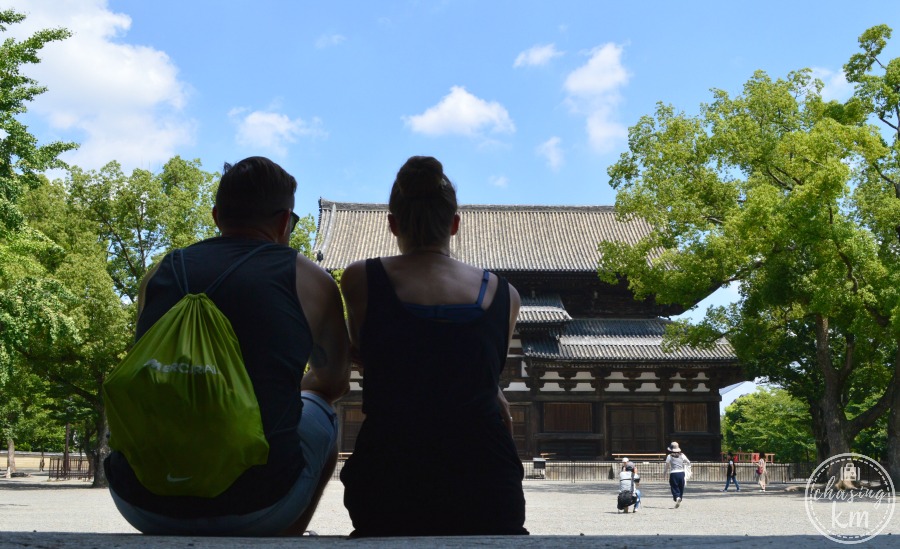 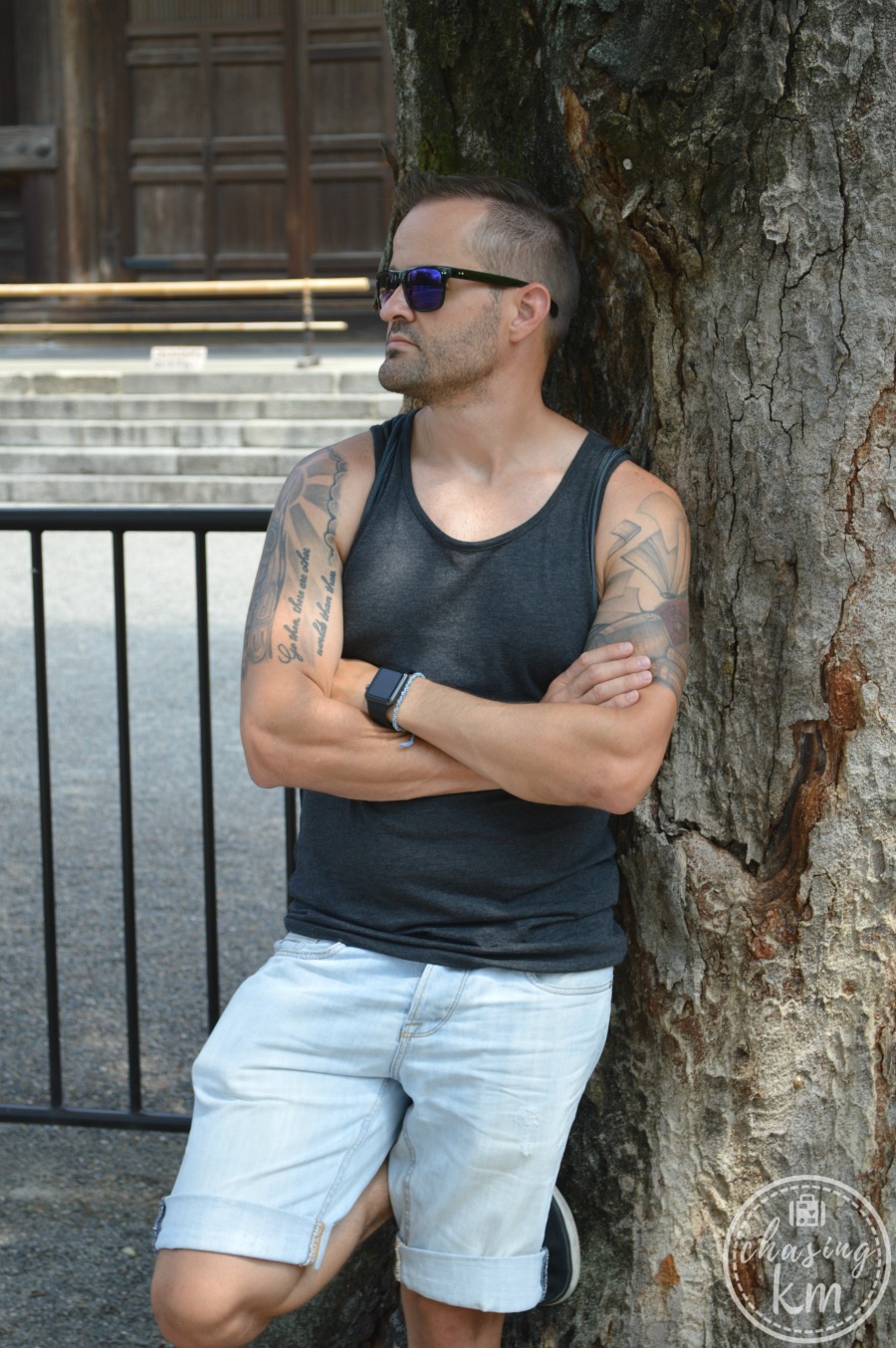 Our last stop of the day was Ginkaku-ji, more commonly known as the “silver temple” (but it’s wooden). The area around it had a lovely little stream and pathways and the grounds themselves had a little maze towards the entrance and a Zen garden inside. The walkway through the gardens, toward the temple is really pretty, and probably more inspiring than the temple itself.

Shattered from the heat, we stopped off at a mart for some beers and snacks and found ourselves at Sanjo River Bridge. We sat in the shade with our feet in the water and a cold beer in our hands… Perfect ending to the day! 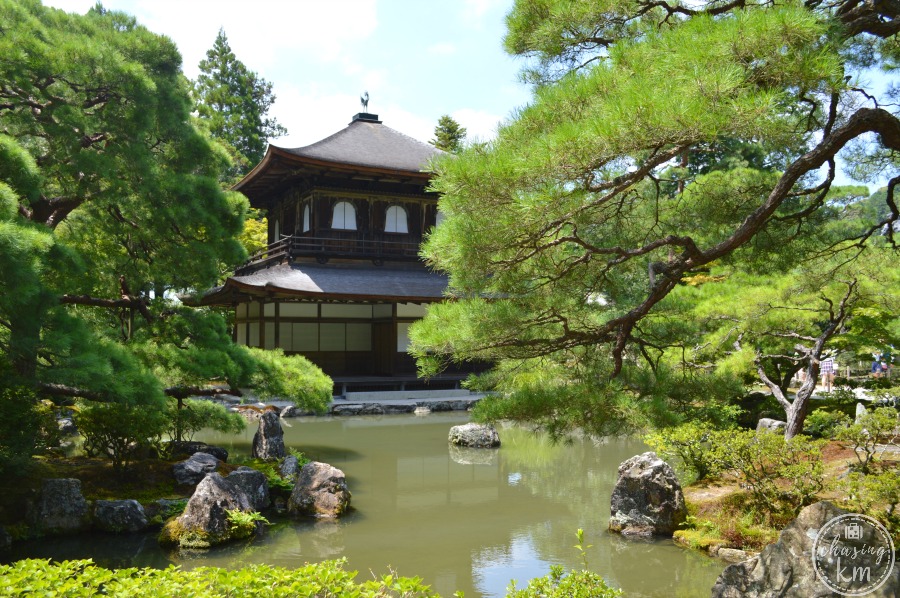 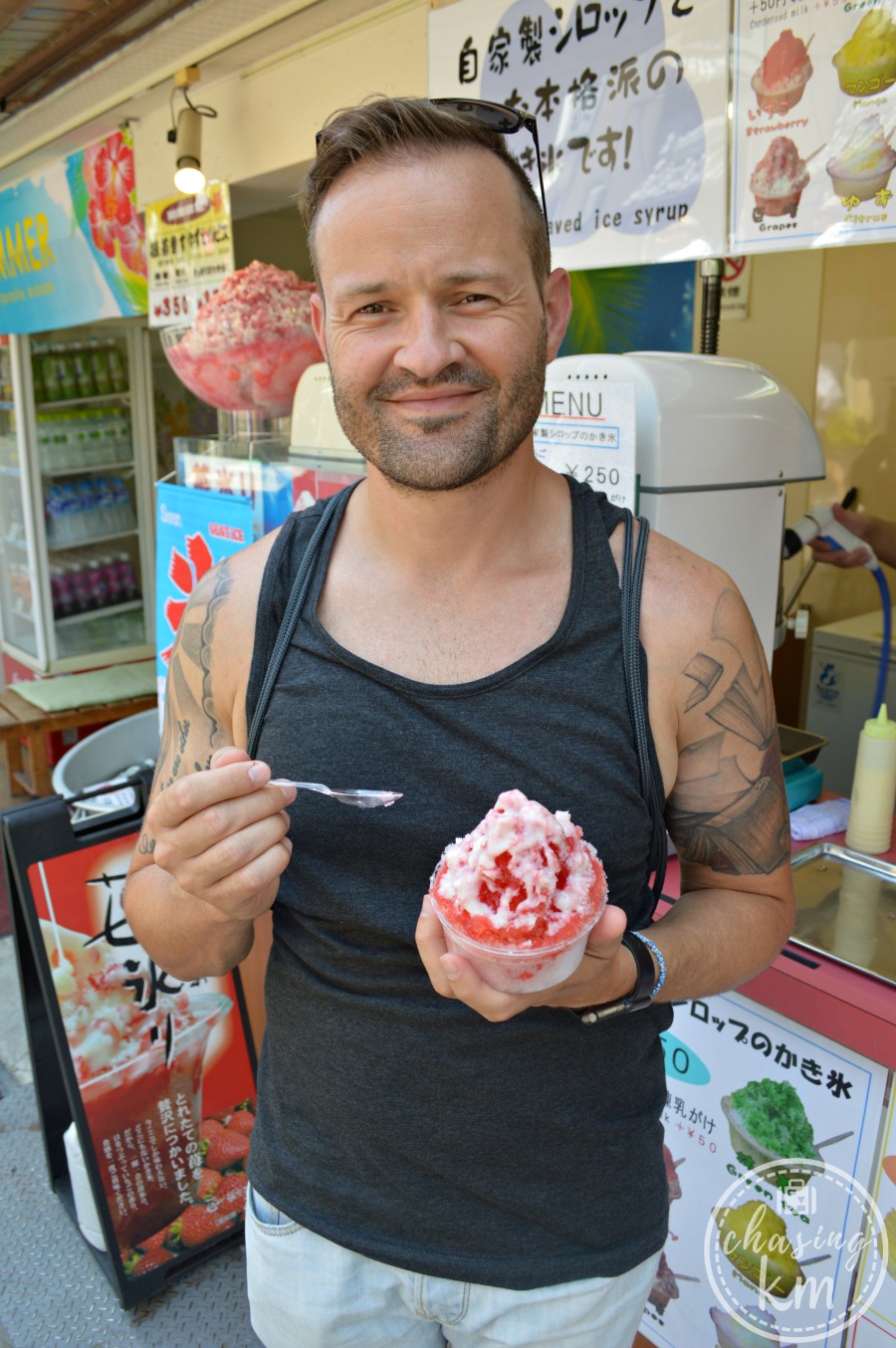 The following day proved a biggie…we really did wake up early to be the first ones at Kinkaku-ji, the Golden Temple. This one really is plated with gold and provides a stunning reflection in the pond in which it sits. Japanese Gardens really are rather beautiful! 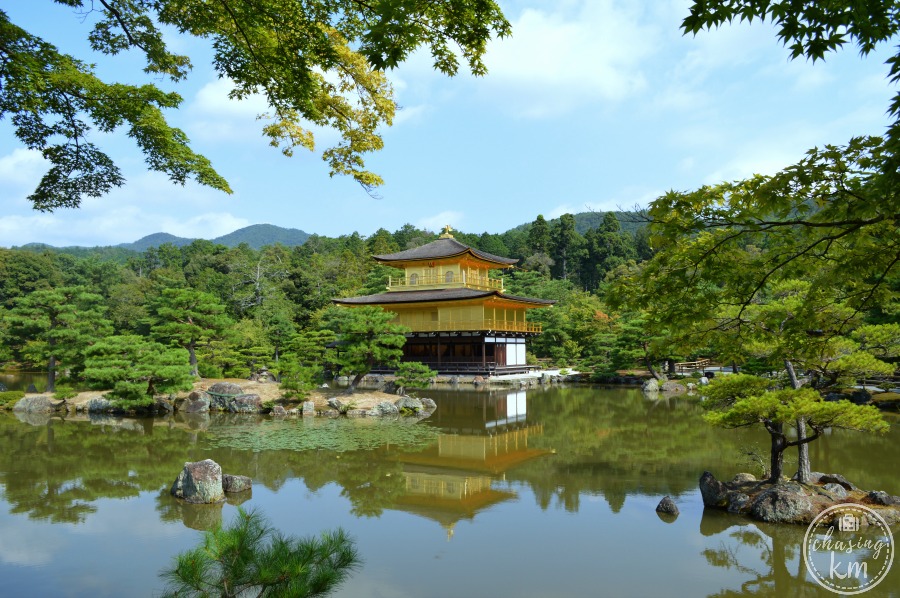 I would be lying if I said we didn’t spend most of our day on public transport that day. Mark really wanted to see Himeji Castle, as it is one of the oldest surviving castles from the 1700s (It was first built in 1331 and the current structure completed by 1609).  So we spent a fair amount of time getting there and back. We spent our last evening in Kyoto with beer and ramen and geisha spotting.

We really loved Kyoto, and could have spent so much more time there. There are so many gorgeous little side streets to wander and plenty of shops, markets and interesting food stalls. It’s a great idea to hire bicycles and cycle from place to place. many hostels and AirBNB’s in the area actually have them available, free or for a small daily charge! Here’s a small video of a few of th memories we remembered to capture in Kyoto – I think we were too busy escaping from the heat!