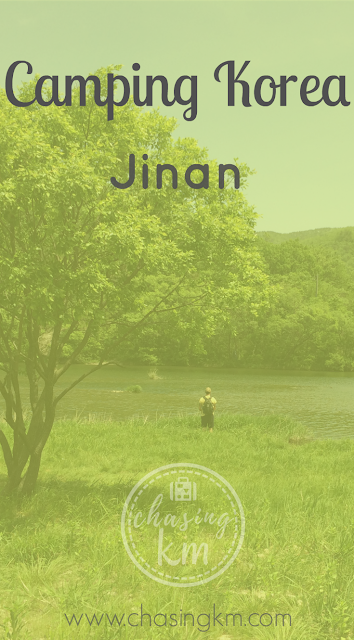 Jinan turned out to be one of the best places we’ve camped at in Korea. After our exploits in   Gucheondong we decided to take a drive out here based on City Girl Searching’s post.

Yongdam Dam is a massive man made reservoir in a valley between the mountains and right at the outflow of the reservoir where it turns to almost natural river again is a big, commercial, “camp on top of your neighbours and make sure to bring your projector” traditional Korean camp site called 섬바위캠핑장. But lucky for us, just behind this camp site there is a  convenient little access road where  you can get right onto the river bank and set up camp next to your car. Of course this means no electricity, shower or ablutions, but we are okay with that. We definitely don’t mind being unplugged for a while. Guerilla camping at its best.
There were only a few other people set up on the river bank, but they were quite far away from us. Firewood was plentiful, as well as lots of rocks around to make a fire pit. We had chosen a good spot though and the fire pit was already made! The nights were still quite cool at this time of the year so a campfire is a must. Of course, it adds to the ambience too! Who wants to camp without a fire?? The views up and down the valley were quite magnificent, Korea really is blessed with some incredible natural landscapes and being able to take advantage of this, now that we have a car, has made our second year in Korea much easier. 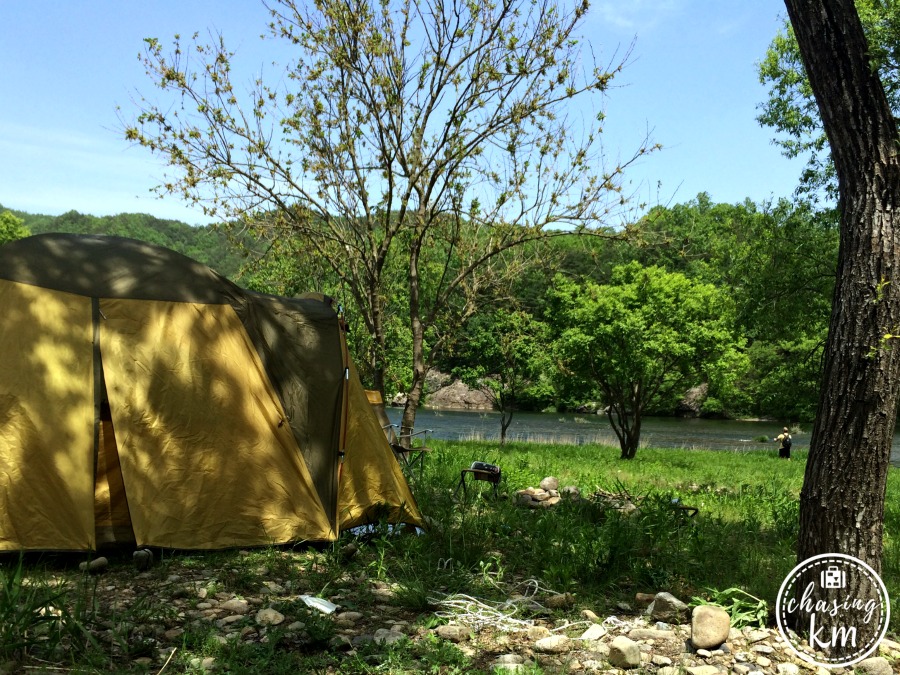 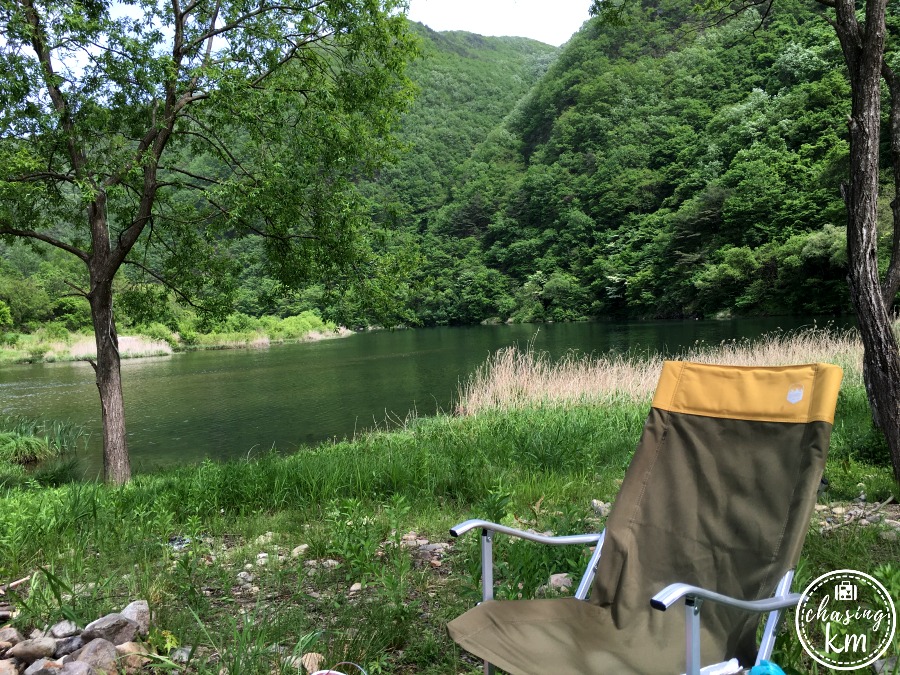 I, of course, was immediately attracted to the river to see if any fish were to be found! The river proved to be quite full of life with schools of small fish all over the place, they did not seem interested in any of the flies I was chucking their way though. There were a few other guys around set up for catching carp/babel but I didn’t seem them catch anything. One old man came and fished next to our camp spot for about an hour in the Korean style of at least 3 rods in the water and he managed to catch one small chub. Lots of people were on their hands and knees in the river searching for fresh water muscles/clams and possibly crabs or snails. In Korea most living things are considered food!
It was towards the late afternoon that I spotted  a few bass darting around and a local fisherman also said there were Sogari in the river. Sogari is a hugely popular eating fish in Korea and shares the same habitat as bass so their numbers have dwindled. I eventually found a bass sitting on a spawning site and tried for about an hour to get it to take a swipe at every lure in my bag before giving up. The next morning I woke up early and decided to give it another shot and finally manged to get it to bite. It was safely released back into the water and went straight back to its bed. Most of the day was spent lazing around in the sun, sipping beers. Some birthday cake and an afternoon nap were much enjoyed, too! Kayley loves reading her book whilst watching me tramp up and down the river bank. We spent the evening around the fire enjoying the peace and quiet of the great out doors and a South African braai of lamb chops and potatoes done in the coals. Delicious! 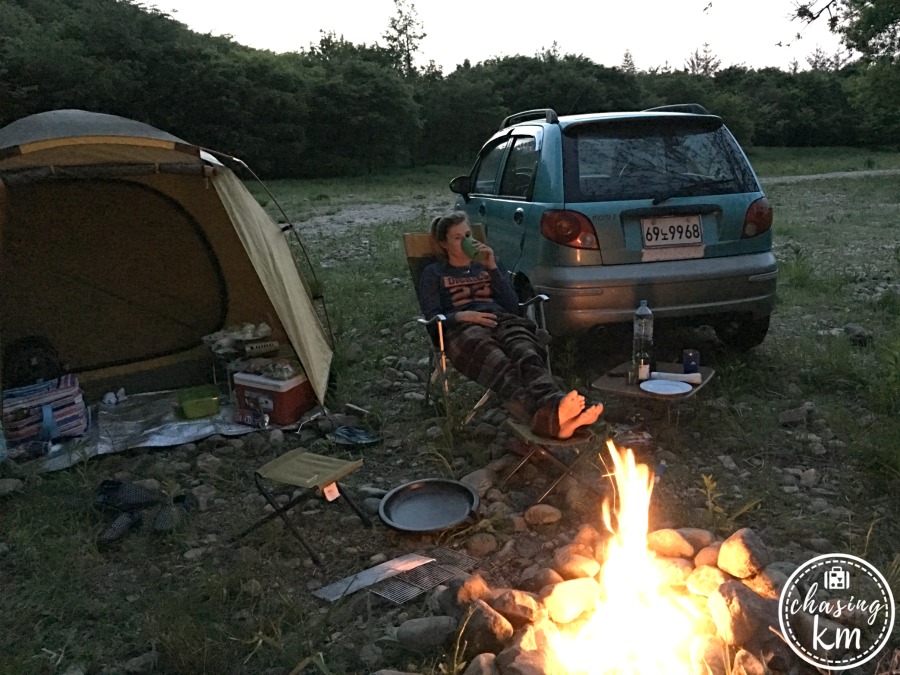 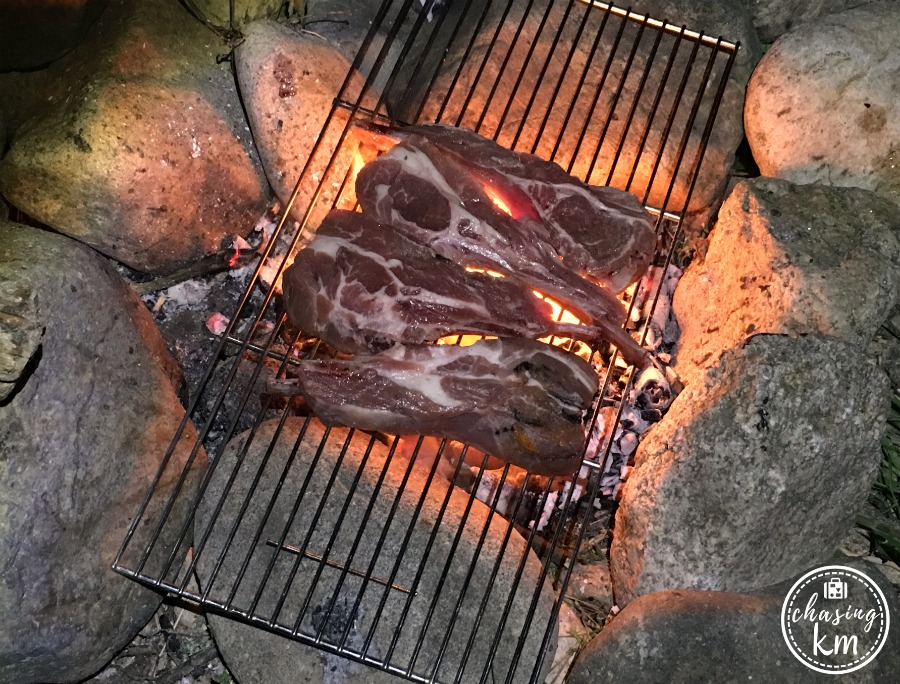 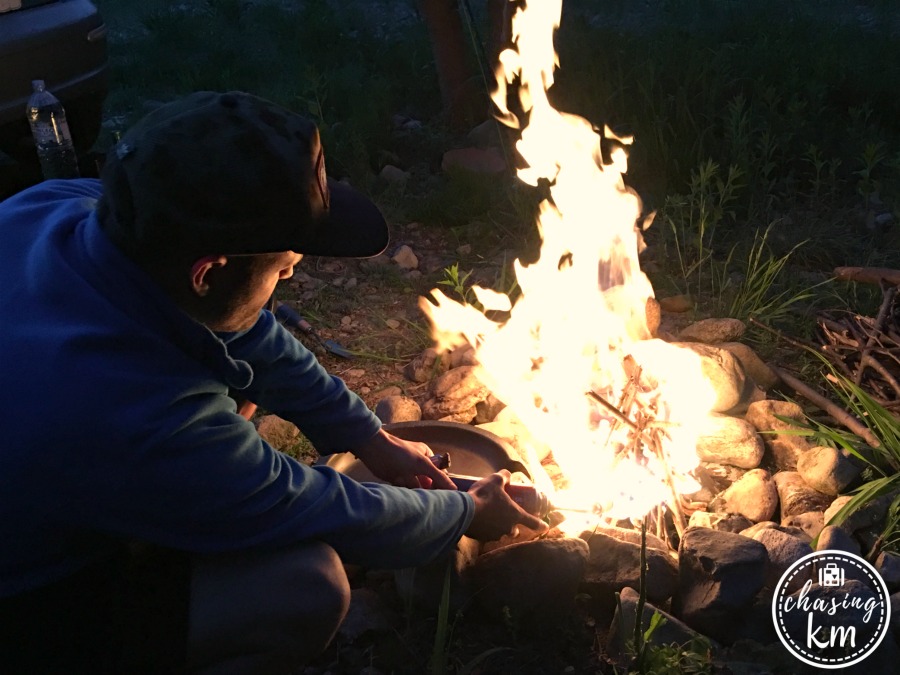 We only spent one night there but would definitely recommend it to anybody looking for an escape from the city and doesn’t mind roughing it a bit with no facilities.