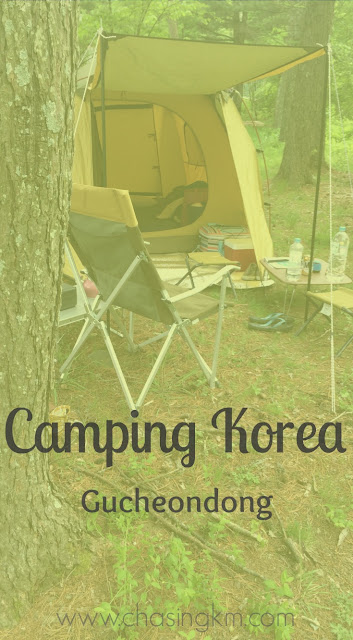 Spring finally brought int the warmer weather and we decided to enjoy the fresh air and outdoors with a camping trip. It was a long weekend for Buddha’s birthday (Happy birthday Buddha!) and it also happened to be my birthday too! We wanted to head up into the area surrounding Muju to a small town called Gucheondong. We had beautiful weather and great spots, but this proved to be one of our more frustrating starts to a camping trip.

The town is situated at the entrance to Deogyusan National Park. As it was a long weekend the small town was packed with people strolling up and down, parked all over and trying to get into the park. The river running through the town was quite beautiful and was the main aim of our trip. I was in search of the fabled Cherry Trout that finds it most southern distribution to be in Korea. This area is known for actually having Cherry Trout. We spent a few hours (!!!) hunting for the ideal spot along the river to set up camp and eventually settled on an abandoned camping ground on the edge of town.

This turned out to be quite a nice setting as we were up on the river bank, hidden away from the road and in between a few trees. It wasn’t long until we had set up camp, collected firewood and I was off to the river to search for some fish. I must admit Kayley did most of the setting up as I was itching to get to the water! I spent about an hour up and down the river looking for some nice pools to fish in. Conditions were great and there were a few fish rising but no Cherry Trout unfortunately. Most of what I saw were a species of chub or minnow I think. (Not too savvy on Korean fish species.) The rest of the evening was spent chilling around the fire chatting and having some drinks. For dinner we had a Korean style barbecue of samgyupsal (grilled pork belly), kimchi and mushrooms in lettuce wraps and just enjoyed being outdoors! 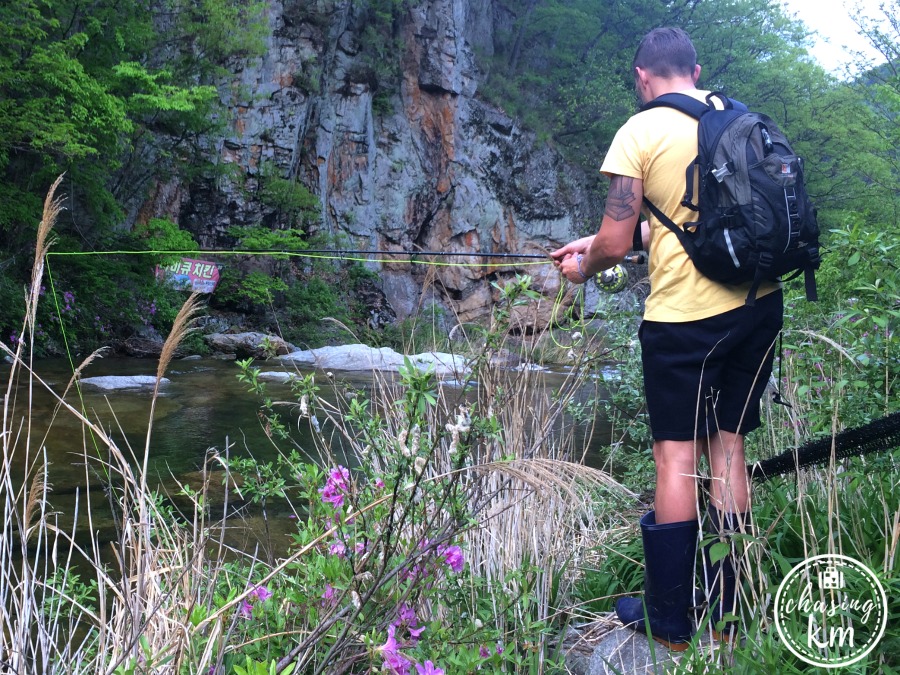 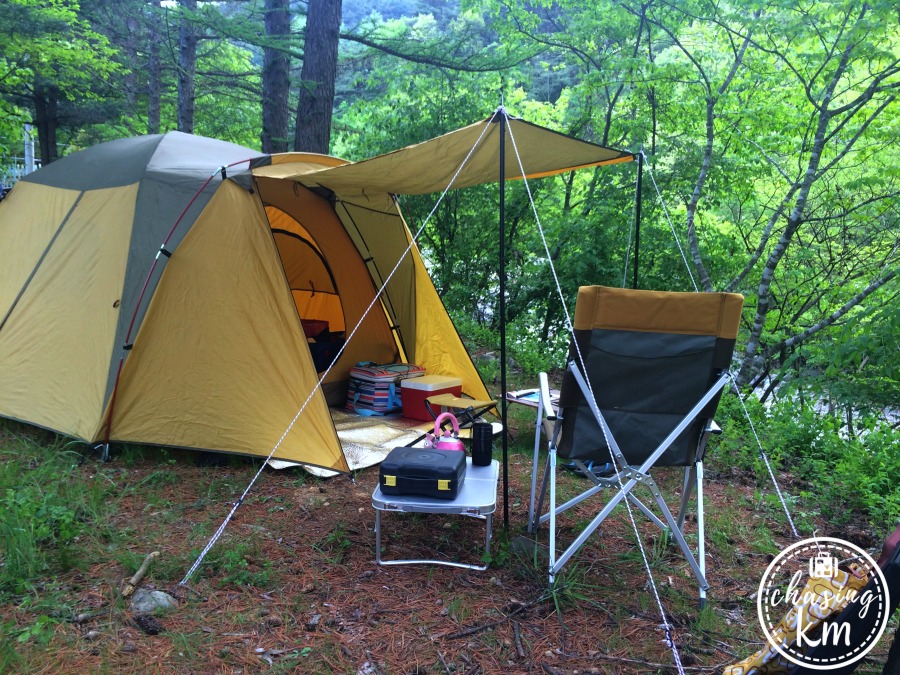 The next morning Kayley woke me up singing “happy birthday”. After having another quick cast into the river, I arrived back at the tent to coffee and a very special gift – an Apple watch. Isn’t my girl the best?? Although it was some kind of sick joke not being able to play with it for the next two days due to no electricity or wifi! After enjoying our breakfast of oats and yogurt we packed up (basically just chucked everything into our teeny car) and headed to Jinan for another night of camping. 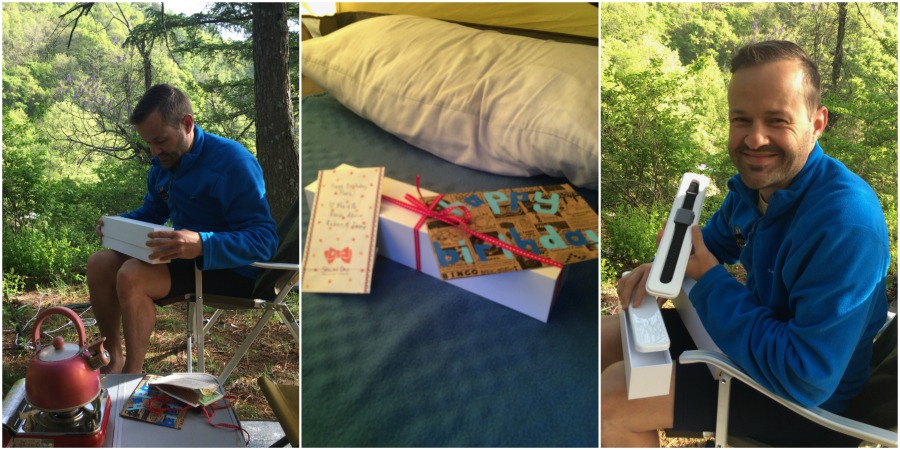